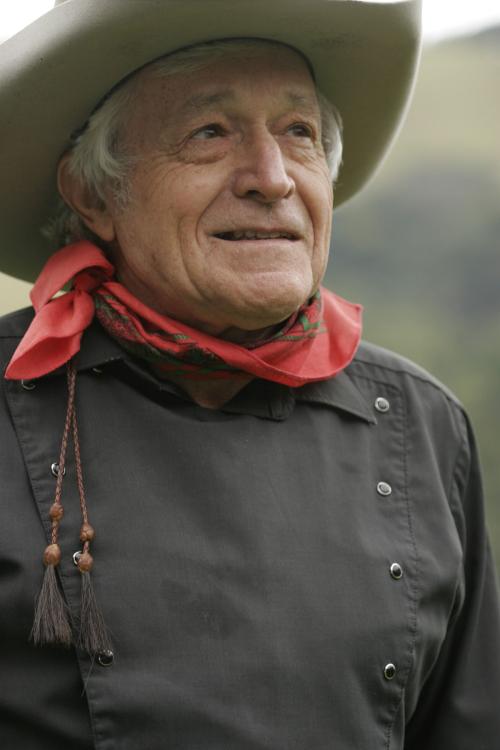 Even if you tried, you couldn’t script something as colorful as the story of folk singer Ramblin’ Jack Elliott. Born in Brooklyn, his father was a doctor who had hoped Elliott would follow in his footsteps. “I never wanted to be a doctor,” says Elliott, who plays the Kent Stage on Saturday. “That’s the one thing I was totally positive and certain about.”

So Elliott ran away from home when he was 15. The year was 1947 and he hooked up with a rodeo that needed a guy to groom the horses. Elliott got the gig. “The next day we took the steam train up to Pittsburgh and unloaded the horses and cattle and went to an indoor building Duquesne Gardens,” recalls Elliott. “We were there 10 days, and I was paid $2 a day to groom these horses, and I was thrilled. I was sleeping right on the ground behind the horses.”

It was around this time that Elliott met folk guitarist Tom Paley, who in turn introduced Elliott to his good friend, a guy by the name of Woody Guthrie. Paley told Elliott, who’d been busking on the streets and taught himself a couple of Guthrie songs, to give the man a call and see if he’d be interested in writing some songs together. Guthrie was open to the idea.

“He said, ‘Why don’t you come on over one of these days and bring your guitar, and we’ll knock out some tunes. But don’t come today because I got a bellyache,’” says Elliott, doing his best Guthrie imitation. “That was my first conversation with Woody. I waited a few days and called him again. His wife said he was in the hospital with appendicitis. It was serious, and he almost died. I visited him, and he was in pain and doped up on pain pills. I brought along the guitar and thought he might want a serenade. He said not to make much noise because the fella in the next bed over had just got off the operating table.”

Elliott would eventually become a protégé of sorts with Guthrie, performing with him in New York’s East Village before beginning a cross-country trip that would take him out to California for several months. Elliott has toured and recorded regularly since that fateful meeting. His new album, A Stranger Here, is a collection of Depression-era blues covers. It finds Elliott in rare form, thanks in part to producer Joe Henry (Elvis Costello, Solomon Burke), who presented Elliott with 15 songs and asked him to pick 10 to record.