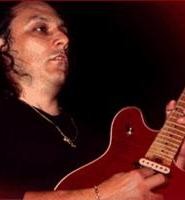 "Prog rock" is still two dirty words in most circles, but it's come a long way since 1978. At the Jigsaw's Prog Fest, nobody will be singing about Hobbits, though you're likely to get a 10-minute solo or two. Cleveland's Byron Nemeth Group can hang with the lumbering-rock big dogs -- last year's 100 Worlds CD was mastered at Abbey Road Studios in London by Nick Webb, whose work includes Queen's News of the World and Iron Maiden's The Number of the Beast. Okay, the title leans a little toward the sci-fi/fantasy theme, but make no bones about it: These bands are here to shred. And if the songs get too long, skip the virtuoso vamping and head next door to the Saloon for a sandwich. You'll be glad you did.