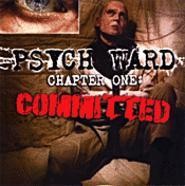 Psych Ward's coarse trailer-park rap is firmly entrenched in the Juggalo nation. MCs Mr. Sick, Dee-Bo Crazy, and Dameon/White Trash rhyme in gritty, chain-smoking rasps over pointedly primitive, slo-mo beats and sampled guitar. There's the expected marijuana shout-outs -- "Weed, weed, the miracle fruit/Without it, I can't even push out a poop" -- and plenty of songs about swilling Pabst and punching people. Yeah, it's all pretty juvenile and sophomoric -- the hip-hop equivalent of lighting farts for an hour. But it's also pretty damn funny, though be forewarned: Chuckling along with these pervs will probably cost you a few friends.