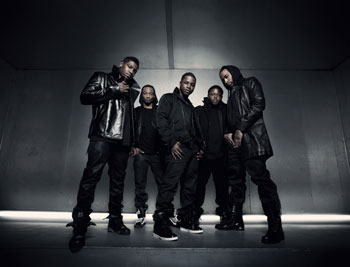 The R&B group Day 26 started under rather inorganic circumstances. Hip-hop impresario P. Diddy put the group together at the end of Making the Band 4, the MTV reality show about musicians trying to get into what’s left of the music business. Released last year, the group’s self-titled debut yielded the single “Got Me Going” and put the band up against Danity Kane, another Making the Band alum. In advance of their new album, Forever and a Day, which comes out next Tuesday, the band (Brian Andrews, Michael McCluney, Qwanell “Que” Mosley, Robert Curry and Willie Taylor) called to talk about the trials and tribulations of making a sophomore album and having the entire world watching while they worked out their differences. —Jeff Niesel

What did you try to do differently this time around?
Taylor: Well, we tried to go to the club. The first album was hand-given to us by Diddy. We were pleased with the sales and the fans. We wanted to capitalize on that. We want to show them that we got it. We wanted to make you sing along with the slow songs. We wanted to give you a bit of everything to make you really fall in love with the brand of Day 26.