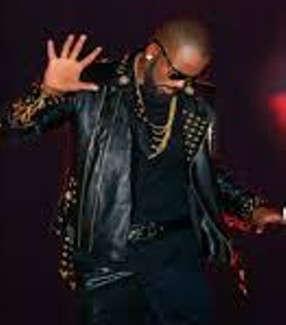 The troubled past of three-time Grammy Award winner and multi-platinum-selling singer, songwriter and producer R. Kelly includes sex tapes, lawsuits and criminal trials. Check his Wikipedia page to see all his dirty laundry.

With those problems reportedly behind him, Kelly has hit the road for the Buffet tour; he performs at 8 p.m. on Saturday at the Wolstein Center. Kelly's thirteenth solo studio album, The Buffet, commences with a raunchy poem and then finds Kelly crooning on tunes such as "Poetic Sex" and "Let's Make Some Noise." He recently spoke to us about the tour in a phone interview. His publicist granted the interview on the condition that we only ask him questions about his music and not his personal life/problems.

Take me back to the beginning. What first inspired you to start singing and writing songs?
My mom she sang. She wasn’t famous but I guess she was hood famous. She performed with her band the Six Pack. They would perform. Sometimes, I got to go and sometimes I didn’t. She would perform on the front porch all the time. They would hook up the guitars, bass and drums and my mother would sing, and she would make me and my brother sing behind her. That’s how it all started. It was just family gatherings and messing around and singing for neighbors. It was always in me but it wasn’t until I met my musical teacher in high school that all the dots connected and I realized that this was what I wanted when she put me in talent show and all the girls started screaming my name. I got so much love and I’ve been chasing that ever since — that love.

You sang in the church choir. What was that experience like?
I was a background singer because I was too shy to stand out and sing when I was a kid. My mother would sing lead and my sister would sing lead sometimes but not me.

And I think you performed on the street, sometimes at L stops. What did you learn from doing that?
I took my music to the streets because I really wanted to be heard. Nobody was listening to me at talent shows and stuff like that. I put on a pair of glasses because I was too shy to just look at people and do it. I went to the streets with glasses on and a keyboard and a chitlin bucket and started street performing. I did that for three or four years. That’s what I did for a while until I got noticed at a backyard party and got my record deal there. Wayne Williams of Jive Records was at a backyard party with me and [the R&B group] MGM. We performed for him right off the top. He wanted to sign me. He did good on that one.

Talk about The Buffet. When did you start writing the tunes and did you find that the initial writing sessions were going in any one particular direction?
I just wanted to come up with something that was different, as always. When the ‘buffet’ name came to me, I started thinking about the concept. It’s like, “Wait, a minute. A buffet. It’s all you can eat. It’s subliminal and rather sexual too.” I love concepts. I love coming up with concepts. When I started thinking about that, I thought I could spread my talent out and do a little bit of everything. When you go to a buffet, there’s a little bit of everything you can get. You can pile your plate with a little bit of everything. That’s something you normally wouldn’t do. That’s when I started creating all different types of different songs for the buffet. It just started working for me.

I like the way The Buffet opens with a poem. Talk about the decision to start the album off that way.
It was sometime in the middle of doing the songs that I wrote the poem. I just wanted to be different. It just felt like I should do a poem. I don’t do poems but I love ’em.

“The Marching Band” has a great beat to it and I really like the horns. What inspired the musical arrangement on that tune?
Wayne Williams sent me that track actually. I beefed it up and everything, but I loved it. I started writing to it and it came out like that. It feels like a marching band. It just feels like that. It’s a great track.

“Backyard Party” has a real retro feel to it. What were you going for with that tune?
I had already written a hip-hop song and a slow song and a blues song and a country song. I wanted to have something you could step to and feel good about. I wanted something with no pressure, just a feel good record. When I heard “Backyard Party,” what better subject could you take when you want to feel good? I thought it was a perfect record for the summer or anyone having a gathering or family reunion. I wanted it to be one of the songs that would go down in history as the song you put on a backyard party. Put me on for that one.

What can we expect from the live show?
It’s the greatest show I’ve ever done. I tell you, I got so much going on on that stage. I’ve been working on this show for the past six months, studying myself from old school to now and going over my catalog and putting all the songs together with the gimmicks for the stage show. People know I have gimmicks and a lot of fun on stage. I went in hard on this one. I want to give my fans something they’ve never ever seen before. I hope they don’t miss this show.

What’s been the key to overcoming the controversy that's followed you for the past decade?
First of all, respecting the fact that in the midst of this business you’ll be in the middle of controversy. Once you respect that, you can wing through it as best you can and continue to focus on what it is you do. That’s what I’ve done. As long as you do that to the point that you put your all into it and continue to focus, people will see you focusing. Not all of them, but most of them. My fans are there to support that through the years and through the controversy. I’m really proud of that. That’s what makes me go hard and do the show like the one I’m getting ready to do. It’s the strength and love of the fans that keeps me going.