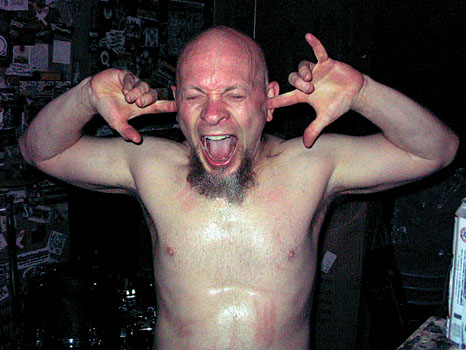 Keelhaul released their first album in six years last week, Keelhaul's Triumphant Return to Obscurity. We thought it was their most accessible, rocking record. We aren't alone. Now other national press is trickling in, it looks like the cult of Keelhaul is growing.

Decibel magazine — the most literate, adult metal journal — called it "the best record the band's ever written" in a two-page spread. The piece was based on a conversation with drummer Will Scharf, who describes himself as "a waitress in an unpopular Cleveland band." Writer Shane Mehling calls him "one of the most creative and impressive drummers in heavy music for over a decade."

Subscribers already have the magazine. Look for it in stores next week.

Scharf talks about jazz, makes a couple dozen self-deprecating cracks about himself and the band and drops lines
like, "If you don’t have humor, you might as well be dead." Scharf, then, is one live dude.