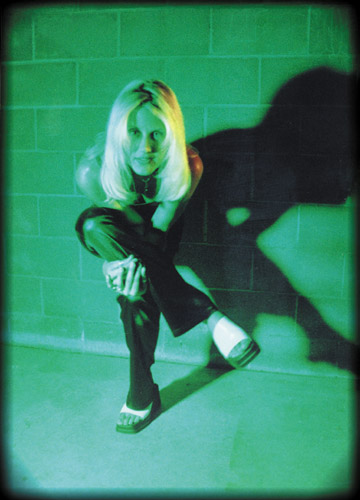 Robin Stone, one of Cleveland’s most dynamic performers and winner of this year’s Scene Music Award for Best Vocalist, has had some tough times recently — although you might not have guessed it given the level of activity she’s maintained.

Throat problems that began last year led to an endless stream of tests and treatments and a whole bunch of side effects and complications, as well as a diagnosis of an auto immune deficiency syndrome that has caused constant exhaustion. Still she plays on, and she's even finished her new album, Bad Girl, which will be released on June 21 at the Brothers Lounge. And yes, she’ll be performing.

Through it all, Stone has kept fans updated on all the gory details. She recently wrote on her blog, “I have no idea how to pay for this. My stuff is starting to go into collections. I haven’t had that happen ever in my life. This will take another year of treatments and thousands more dollars. Pray for me I guess! All I want to do is compose. I want to wake up and make music. The universe is trying to tell me something.”

Sadly, she’s echoing the fears and frustrations of so many people in this country unable to find affordable health coverage, and self-employed musicians — even independent, go-getter, entrepreneur types like Stone — are frequently the hardest hit.

But Stone’s high profile in the music community has netted her loyal friends, and many of them have responded by pitching in to help her with the crushing medical bills she’s incurred. This weekend, the Hi-Fi Concert Club (11729 Detroit Ave., Lakewood) is having a sort of “RobinStonePalooza”: two nights of benefits on Friday, May 29, and Saturday, May 30. Music starts at 7 p.m. both nights and admission is $10.

If you want to keep up with Robin and see how she’s doing, check out her record label website, shelovesyourecords.com. —Anastasia Pantsios