Detroit's the Go picks up where the Standells and the Stooges left off.

Send a News Tip
The Go
with the Chargers and Quazi Modo Pat's in the Flats, West Third Street and Literary Road 10 p.m., Saturday, Jan. 22 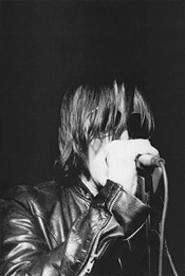 The Go: Cut from the same cloth as the MC5.
"Detroit is a virtual ghost town except for the music scene." So says John Krautner of the Motor City rock band the Go. The 22-year-old guitarist speaks with authority, having lived in and around the city his whole life. He's watched as depressed economic conditions and urban flight have turned the once-bustling metropolis into a shell of its former self. He's also seen the local rock scene suffer through a lengthy drought for the better part of the last decade. Formed barely two years ago, the Go is part of a new generation of Detroit rockers who've rediscovered the city's rich musical heritage and are helping to revitalize its current scene, even as the rest of the city goes to waste.

Though the Go is in its infancy, it is perhaps the quintessential Detroit band -- merging the city's R&B and soul traditions of the '50s and '60s with the garage and punk of the late '60s and early '70s, and updating it with a sense of post-urban collapse. Whatcha Doin', the group's debut, is not only its first album, but also represents the band's initial experience in a studio. The current month-long tour is also the first time the group has ventured out of its native Michigan stomping grounds. The first record and tour -- a heady time to be an aspiring rock and roll star. But for rock and roll fans -- the kind that worship at the twin altars of the Stooges and the Standells -- there will probably be few experiences as exciting as hearing the Go for the first time.

The pastoral serenity of Idaho is about as far removed from Detroit as you can get. Its quixotic vision is diametrically opposed to the image of a charred, decaying inner city. Krautner notes the irony as he calls from a roadside pay phone just outside Boise to discuss the band and its hometown.

Krautner punctuates his conversation with the nervous laughter of someone not used to giving interviews. He elaborates on the unlikely story of the Go: how a group of Detroit youths barely out of their teens managed to create the best pure rock and roll record of the year and provide a ray of hope, in an increasingly bleak musical landscape, that the salvation of rock and roll might still be at hand.

After graduating high school -- and after what he describes as a period spent "trying to figure out what to do with our lives" -- Krautner and longtime friend/drummer Marc Fellis began working on material, hoping to start a band. A tape of those songs ended up in the hands of singer Bobby Harlow, a high school acquaintance. "Bobby heard the tape and said, "Man, we have to write some stuff together,'" remembers Krautner.

The rest of the group -- bassist Dave Buick and guitarist Dion Fischer (who joined the band after recording the album, replacing Jack White) -- came together soon after, unified by a rejuvenated mid-'90s Detroit music scene spearheaded by bands like the Hentchmen, Detroit Cobras, and Rocket 455.

"There's a great rock scene in Detroit right now -- for the last few years, actually. Those bands would be playing, and we'd all go out to see them. Getting together in that environment is how we decided to form the band," says Krautner.

The group's initial sound was a rough mix of influences and talents that proved to be too primitive even for Detroit's notoriously rough-and-tumble musical environment. Despite the general resistance the group received early on, one of its most vocal champions was Outrageous Cherry mastermind Matthew Smith. Crossing the amphetamine-fueled bite of the Velvet Underground with the sun-kissed innocence of the Beach Boys, Smith's Outrageous Cherry has become an important part of the Detroit rock and roll resurgence.

With an encyclopedic musical knowledge and an ear for talent, Smith was immediately taken by the Go's rawness and spirit. "He said, "I don't care what anyone says about you, I like you guys, and I want to produce your first record,'" says Krautner.

Krautner says that prospect seemed little more than a pipe dream until last year, when the group was signed, quite improbably, by Seattle's Sub Pop Records. Though the band had a fairly large catalog of material, it had never stepped inside a studio and had nothing but its dynamic live performance to offer label reps.

"The Sub Pop people happened to come to a show where we were playing with the [Demolition] Doll Rods in Detroit. We had never even done a seven-inch or anything like that. When they signed us, they were dumbfounded by the fact that we hadn't recorded anything," laughs Krautner.

After inking the Sub Pop deal, the group went into the studio with Smith in January of 1999. Working at Detroit's aptly named Ghetto Recorders, the band laid down tracks for what would become its debut, Whatcha Doin'.

The record's lo-fi feel and Smith's retro-minded production pay equal homage to the liberating noise of '60s protopunk and the melodic crunch of two generations worth of garage bands. Most of the tracks on Whatcha Doin' could pass for lost classics from the famed Michigan Brand Nuggets record. It's an effect that's obviously planned, but brought about with enough sincerity that it doesn't sound contrived.

"We knew we didn't want the record to sound so clean that it would be piercing to the brain. We just wanted to sound good enough so people could understand us," says Krautner. "What you hear on the record is just a freak experience. It's our first time in the studio ever, and Matt Smith's first time producing us, and whatever came out of that is on the record. It was a freak experience, but it turned out to be really interesting."

Whatcha Doin' somehow manages to synthesize and digest all of the group's influences into one cohesive statement without ever coming off as too studied or reverential. In a way, the Go is the polar opposite of a seemingly similar band like Los Angeles's Streetwalkin' Cheetahs -- a group whose every move, from its name to its records to the military precision of its "improvised" stage antics, reveals it as nothing more than a talented mimic offering up faithful renditions and pastiches of what was once original.

Though the Go's influences and style are much more diverse, it doesn't try to shirk the obvious influence of the godheads of Detroit punk rock -- the Stooges and MC5. "That stuff undeniably links every band in Detroit right now to each other. We're no exception. The MC5 and the Stooges died for our rock and roll sins," laughs Krautner. Even the album's artwork -- a posterized silhouette of the band and a logo created by artist Gary Grimshaw -- pays homage to the bygone era of the Grande Ballroom and the White Panther Party.

Apart from the pervasive Motor City punk influence, Whatcha Doin' is built on a solid foundation of blue- and brown-eyed soul. For Krautner, the omnipresent influence of both black and white rhythm and blues was unavoidable. "As a kid, that's what my mom listened to. She had tons of records. She was always playing the radio. Songs like "Hang on Sloopy' by the McCoys. R&B records too -- Gino Washington, Andre Williams, all those guys," says Krautner. "Detroit was the place to be in the '50s and '60s. I was struck by that, and I figured we should investigate what the hell was going on in the city awhile back. From that investigation we've come to the sound that we play today."

And the sound in question is a remarkable concoction. The punk/R&B blend is augmented with touches of hot white soul, psychedelia, and glam, leaving behind vibrant flashes of the Rationals, Deviants, and T-Rex. Whatcha Doin' beams with the kind of energy and spirit that could only be produced by a group of well-informed and talented rock and roll ingénues.

The band showcases an impressive range throughout, from soul screamers like "Keep on Trash" and "You Can Get High" to funky, strutting workouts like "On the Corner." The rhythm of Buick and Fellis swaggers admirably, adding a heavy bottom to the rich guitar spuzz on top.

Singer Bobby Harlow's voice oozes dangerous sexuality. His languid delivery is full of predatory undertones in "Summer Sun" and "Meet Me at the Movies," songs that are the musical equivalent of a dark, back-seat encounter on a sweltering summer night. Krautner delivers supple harmonies on a handful of tracks and sings lead on "Get You Off" and the title track.

Through it all the group walks a fine line, retaining the rough edges of its punk and roots base without sacrificing any of the carefully crafted structure and sonic signatures of classic pop. Note the shaking tambourines on "Tired of the Night," the prominently placed hand claps of "Suzy Don't Leave," and an overall aesthetic that tips its hat to the revved-up mod stylings of the Who, Pretty Things, and the Kinks.

Krautner admits the early going on the road has been rough. Being a new, relatively unknown band has its hardships -- endless days cramped together in a van, sleeping on floors, playing to empty halls. But the hard-traveled miles have further solidified the group as a unit and influenced the direction of the band's sound. "We're evolving right now into a more vocally concentrated rock and roll.

"Our songs are pretty unpredictable," continues Krautner. "So are our interests, and they evolve in the same way. Because of that, it's difficult to say what the next record will sound like."

The Go plans on returning to the studio with Smith this month to begin work on a sophomore album. The band is already incorporating some of the newer material into its live set -- along with beefed-up and freaked-out covers of rock chestnuts like "Slippin' and Slidin'" and Kim Fowley's "Bubblegum."

In the meantime, Sub Pop plans on releasing another Go song as part of its singles club and also making available a vinyl version of Whatcha Doin' featuring "Hesitation," a bonus non-CD track.

Krautner knows just how lucky the group is to have found such a perfect combination of personal and musical chemistry so early in its career: "Being the very first band for all of us, it's really unique how it all worked out. It's actually kind of strange in a way."

Some would point to the group's reliance and heavy emphasis on tradition as backward-looking, that the Go's vibe is much closer to 1969 than 1999. It's a fair and almost undeniable assessment -- even the group members' long hair and leather-and-shades appearance suggests retro Detroit greaser rock. But Krautner says that's all part of the band's mission, one whose overriding emphasis isn't to change or revolutionize rock and roll, but simply to help lift it out of its doldrums.

"Rock and roll doesn't need to be changed, it needs to be better. If rock and roll was better 30 years ago than it is now, then, hey, that's a good place to start."