With India.Arie. Saturday, August 18, at the CSU Convocation Center. 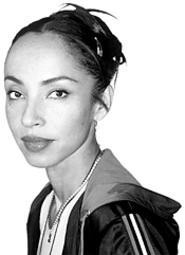 Sade
For Lovers Rock, her first album in eight years, Sade and her longtime band kick out the jams, relatively speaking. The smoky, late-night ambiance of her previous material (starting with 1984's subtly sublime Diamond Life and continuing though 1992's understated Love Deluxe) is restrained this time out, giving way to more pronounced pop components. It's also incredibly sensual, sparking acoustic minimalism and contemporary R&B in the process. Sade's honeyed voice, coupled with her group's equally mellifluous playing, steadies this, her most graceful and accomplished album. Expanding her band to eight members, Sade is also making a comeback on tour. It's a greatest-hits show (expect "Smooth Operator," "Your Love Is King," and "No Ordinary Love," plus a sizable chunk of Lovers Rock), but her elegance and style transcend the program. She's capable of turning an arena into a jazz club or, if the moment calls for it, a city street filled with calypso fervor. This woman rocks. Be sure to get there early. Newcomer India.Arie opens, and while it's easy to label her an Erykah Badu clone (what with similar funky headgear, organic R&B, and a Motown connection), she can't be dismissed that easily. Truth is, compared to Badu, India's a more soulful singer -- and a downright funkier one, too. On her debut album, Acoustic Soul, she jumps into the neo-soul spotlight with a sparkling set of songs that spin her personal philosophies into universal triumphs.