Monday, February 25, at the Beachland Tavern. 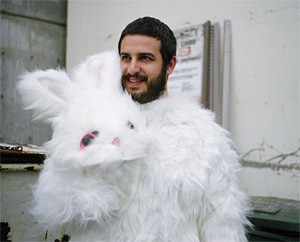 Right around the time Eric Elbogen relocated his indie-pop band from New York to Seattle, he apparently realized that the group had a pretty stupid name. So Say Hi to Your Mom became simply Say Hi. The geographical switch and moniker-trimming might suggest a clean slate for Elbogen, who's been Say Hi's only constant member since the group's 2002 inception. But its new album, The Wishes and the Glitch, doesn't stray far from the murky computer pop found on the band's other records. The riffs still recall Death Cab, and the synths still bow to Stephin Merritt. But there's now immediacy to Elbogen's songs and a little extra bounce in cuts like "Toil and Trouble" and "Zero to Love." There's even a female backup singer these days, aptly fulfilling one of indie-pop's chief requirements.