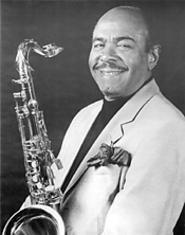 Killer Benny: Golson is one of the few jazz musicians whose compositions are as distinctive as his playing.
Great jazz artists have always set themselves apart in two areas: They display a highly developed degree of instrumental prowess, coupled with an unmistakably individual voice. Far more elusive, however, is that proverbial needle in the haystack: the jazz player who not only speaks with élan, but also composes his own distinctive material. One of the few remaining jazz luminaries to belong to this latter, more select pack is Benny Golson, known not only for his robust tenor saxophone stylings, but also because he composed such renowned standards as "Killer Joe," "I Remember Clifford," "Blues March," and "Stablemates."

Part of a distinguished coterie of musicians who came out of Philadelphia's thriving jazz scene during the '40s, '50s, and '60s, Golson remains a vital artist as he begins his 75th year. He came of age in a particularly golden era. "I think it was just the time when all of us were born," he says. "We all had similar interests, just like when everybody decides to go to the beach on the same day."

Of course, the times were different when Golson was coming up, especially for African American artists. "I started out wanting to be a pianist, and as I got into it I fancied that I wanted to be a concert pianist. That got a few chuckles in the ghetto," Golson recalls.

"But at 14, I heard the saxophone, and my first influence was Arnett Cobb," he goes on. "I went to the theater one day and heard him play 'Flying Home,' and that changed my life. After that, of course, it was Coleman Hawkins, Don Byas, Ben Webster, Dexter Gordon -- and then John Coltrane and I went through the ranks together."

Of the two men, Coltrane became more popular, the critical darling -- arguably because of the spiritual and sociopolitical implications of his work. Yet Golson acknowledges 'Trane's influence on his own development. "I realize I'm one of the fortunate ones, and it didn't have to be that way," he says. "You know, because a person doesn't 'make it,' it's not necessarily because he's not talented; it's because he doesn't have the other element in the equation after the talent -- and that's opportunity. Without that, everything is academic, and you could spend the rest of your life playing in your bedroom. That's why I said I was one of the fortunate ones: I was thrown into some very advantageous positions."

It's true that Golson has had his pick of gigs with some notable leaders, starting back in the early '50s with Bull Moose Jackson's R&B combo, an ensemble that also happened to include native-Cleveland pianist and composer Tadd Dameron. A major influence on Golson's budding career, Dameron took the youngster under his wing. As Golson tells it, "I was thrown right in with my idol. I could have easily sent him to the hospital for picking his brain so badly. He was responsible for really getting me started as a writer."

Over the course of about a decade, Golson was lucky enough to gain further experience as a sideman in the bands of Johnny Hodges, Lionel Hampton, Earl Bostic, Dizzy Gillespie, and Art Blakey. Between 1959 and 1962, he co-led the very popular Jazztet, a sextet that largely served as a forum for Golson's advanced charts. Even today, albums such as Meet the Jazztet, Big City Sounds, and The Jazztet at Birdhouse epitomize the artistry of small-group jazz.

Since the late '70s, Golson has maintained an active schedule as a live performer and composer. He's been commissioned to write symphonies, received a prestigious Guggenheim Fellowship, and granted numerous honorary doctorates. He even wrote the musical theme for Bill Cosby's immensely popular '80s sitcom. He admits, though, that he's cut back on film and television work lately. "The last thing I did was a four-hour miniseries called The Sophisticated Gents," he says. "It had an all-star black cast, and that was about 10 years ago. But what's been happening lately is that these rap groups have been sampling my music, and they have to give me 60 percent of it [in royalties], so that was a phenomenon."

There does seem to be a kind of wonder that surrounds the rediscovery of Golson's irrefutable originality, and it's coming while he's still here to take it all in. A gala affair in March 2001 at Lincoln Center honored Golson's contributions to the world of jazz, complete with new commissions and an all-star lineup of old and new friends.

Golson's most recent offering is One Day Forever on the Arkadia Jazz label, an excellent summary of his talents to date, with live versions of some of his most beloved tunes and cameos by Jazztet veterans Farmer and Curtis Fuller. Golson has also penned an autobiography and a music textbook, both of which he expects to have published soon.

"I hope to keep this all up for as long as I can," he says as he prepares for Thursday's one-night stand at Night Town. "When my body tells me that I can no longer do it, then I'll have to listen," he adds with a chuckle.

In the meantime, it'd be a mistake to miss this chance to listen to a man who's outdistanced his peers for five decades and counting.