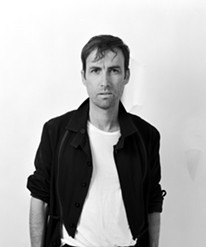 Singer-songwriter Andrew Bird learned to play the violin at a very young age while growing up in Chicago. Initially, his formal training had a strong influence on the type of music he played. His 1996 debut, Music of Hair, commences with a gentle waltz and keeps things on the traditional side of the folk-y spectrum.

Since then, Bird’s music has evolved; the songs on his new album, Are You Serious, come off as his most sonically dense to date.

“My mom had this notion of her kids playing classical music,” says Bird via phone from his Los Angeles home when asked about his upbringing in Chicago. “She actually learned violin with me, so I owe her a lot. I wasn’t a prodigy, but I took to it pretty well. I learned by ear and had a good ear, and my mom kept it from getting too high pressure. It was always on the cusp of not being fun but was mostly fun. In high school, I got more serious about it. It’s a romantic time of your life. I was socially awkward, so I just stuck to the practice rom and just practiced.”

Early on, he also learned to whistle. While that might not sound like a remarkable skill set, you haven’t heard whistling until you’ve heard Bird whistle. One YouTube video proclaims dubbed him the “whistling wonder.” Bird even wrote "The Whistling Caruso" for The Muppets.

“I saw my grandmother whistling, and she showed me as best she could how it worked,” he says. “I whistle all the time. If you were to hang out with me, it would drive you crazy. For the first couple of records, I avoided it. I thought that things that are supposed to be on a record are supposed to be hard to do. That was my attitude. I was whistling all the time but not on stage. That seemed strange. Also, in those early years, I was playing solo for crowded rooms in a bar. I learned that it got people to shut up and listen.”

Bird says Music of Hair, which he started to record and write while still in college, shows the extent to which he initially approached recording as if he were a student.

“I came from this trained background, and I saw how a bunch of friends from art school who had more talent for design but could create this whole persona that worked better than some musicians,” he says. “I watched that phenomena. It’s more like film directors. I liked the idea of going beyond the music, which I was almost unhealthily focused on while playing this difficult instrument. It helped broaden everything to think about the artwork and the lyrics and how things are presented and your stage persona, everything. That really turned me on.”

In 2003, his career took a turn as he unofficially disbanded his backing band, the Bowl of Fire.

“I didn’t mean to disband Bowl of Fire,” he explains. “I just moved out to the middle of nowhere and no one had cars. Out of necessity, I was living in this barn and having nobody in the room with me led me to experiment more and see what I had going on inside of me. I started working on [what would become 2005’s] The Mysterious Production of Eggs, and I kept failing at that, so I did [2003’s] Weather Systems, which didn’t sound like much else I had done. That was 8 to 10 years of looping with the glockenspiel and the whistling and blending it all into my color palette. It was like I cleared the room so I could sing clearly and indulge in stuff. I did the looping thing for a long time but was still thinking like a solo artist. I hadn’t exhausted that, but I felt like it was time to do something different.”

Weather Systems caught the attention of folk singer-songwriter Ani DiFranco, who reissued the album on her Righteous Babe Records and took Bird on tour with her. That tour included a Lakewood Civic Auditorium date. At the show, DiFranco’s audience clearly didn’t know Bird’s work but quickly warmed up to him.

“That was a period when no one was championing what I was doing,” says Bird. “I released Weather Systems independently, and she liked it and put it out. I toured with her, and she introduced me to her audiences. I never had anyone give me a leg up like that. I always like that phase when I do a lot of opening slots. I like the surprise attack. No one knows who you are, and I like that challenge, sometimes more like headlining. I like doing the hard things.”

When he started writing the songs for his latest album, Are You Serious, he didn’t intend to make them so autobiographical. But the tunes poured out of him, and the album took that form.

“It’s probably the most autobiographical or obviously autobiographical record I’ve done,” says Bird, who recently married and had a child with his wife. “I never considered myself a confessional variety of songwriter. That’s sort of what happened. Life got intense and kind of scary for a period of time. I guess I fell into that cliché. First, I repressed it, and then it all came flooding out of me. That’s happened a few times in the past but not so much with a whole body of songs. With every song I’ve written, I can tell you what the personal story is behind it, and they all have personal stories behind them.”

He says his songs have an autobiographical edge, but that aspect is “anything but obvious.”

“In the past, you had to dig pretty deep or have me tell you the story,” he says. “In the interest of creating a record and body of songs that’s useful to people, that was a challenge for me. I had to find a way to really project them out of sitting on the couch with the guitar strumming late at night when everyone is asleep. To get them off the couch and out of yourself and vet the songs with the other people was a whole new process. I had never worked with a producer, and I wanted a serious get-in-my business producer. Songwriters can get away with murder in this medium, and I’ve gotten away with murder sometimes. That’s why I wanted to do a really tight record.”

The new approach comes across right from the opening notes of “Capsized,” a song that, with its propulsive bass riff and a steady drumbeat, sounds something like a Talking Heads tune.

“In the interest of making a useful record for people, I listened to groovy music,” says Bird. “I listened to Brazilian and African and Ethiopian music. It goes on and on. I like groovy polyrhythmic music with great bass lines. That’s the majority of my diet at home. It’s classic jazz and that stuff. I’ve always been obsessed with the sound of a rhythm section. I still wasn’t prepared for the first song we turned out. I wasn’t expecting it to sound so tight. It just sounded evil.”

Bird says the tune “set the tone for the rest of the record,” even though it’s a bit of an anomaly.

“I’ve been doing that song for 12 or 13 years,” he says. “It started out as an old spiritual and then a tune I used to do with Jimbo Mathis. It’s a mix of these two spirituals. They morphed over the years, and I started writing these lyrics that were based on a personal experience and on the super deluxe edition of the album, there’s a ten inch full of vastly different versions of the songs. Some are almost bluegrass and some are polyrhythmic and African. It doesn’t feel like you’re listening to a bunch of alt-takes or anything. They’re very different.”

Another highlight, “Left Handed Kisses,” pairs Bird with singer Fiona Apple, who brings a real intensity to the song with her woozy vocals.

“It was indeed intense,” Bird says. “We went through a bunch of options of who we could get. I knew the voice had to have a real weight to it. Unless we’re going to somehow get PJ Harvey, it had to be Fiona. She completely threw herself into it. She brought a weight and heaviness and drama and performance.”

At a time when record labels don’t have huge budgets, Bird has made an album that sounds like a big-budget endeavor. And he did it without the support of a label.

“It seems like music is being devalued and there’s a fractioning of demographics and the way people consume it," he says. "What I decided to do was I decided to go lo-fi on the production on the previous records. We were just honest people in a room making music and working it out. I did that for a while. [With this album,] I wanted to do everything top tier. I haven’t done that yet. I wanted to see what it sounded like and one of the results is that it’s gotten really competitive — in a good way. Maybe like it was in the '60s when bands were checking out what other bands were doing. I started noticing Alabama Shakes and Spoon. They’re making outstanding records. I thought, ‘Maybe I should do an epic process of a record, which it was.’ I didn’t want anything to fall through the cracks. It’s been thoroughly edited.”