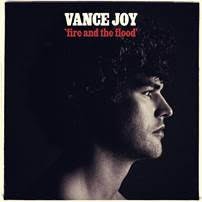 Aussie singer-songwriter Vance Joy got a big boost a couple of years back when Taylor Swift enlisted him to be the opening act on her recent world tour. Now, the guy’s headlining his own damn tour behind his full-length debut, Dream Your Life Away. The title, incidentally, came to him after hearing John Lennon's 1981 tune "Watching the Wheels."

HIs tour kicks off tonight with the first of two sold out shows at Vancouver’s historic Orpheum. New dates were announced today on the trek, which now includes a stop in Cleveland where Joy performs on Feb. 15 at House of Blues. Jamie Lawson and Armstrong Leigh open. Tickets go on sale at noon on Friday.