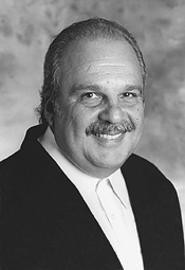 In the club business, the hours before the show can shred the sturdiest of nerves. Tour vans and buses break down or get lost. Bartenders flake out. Sound systems crash. Acquaintances try to pester their way onto the guest list.

Wilbert's owner Michael Miller had that and more to worry about last Friday evening, the debut of Wilbert's at the Diamondback. To distract himself, Miller played solitaire for an hour before showtime. "You know when I relax? As soon as the band starts," Miller said.

It took Miller and his crew just a day and a half to vacate the old location in the Warehouse District. Miller was tossed from the building by the new landlord, and five days after the last show there, Wilbert's was up and running in the upstairs of the Diamondback, a downtown brewery and restaurant. Miller entered into a partnership with the Diamondback owners; he is, for lack of a better term, the entertainment director and will leave the food and drink end to the Diamondback. He may have lost the autonomy that comes with owning his own joint, but "I could bring my staff over, and I didn't have to cancel any shows," Miller said.

The yellow Wilbert's sign that dangled outside the Warehouse District building now sits under a television set at the Diamondback, but little else suggests the old Wilbert's — and that's a good thing. The old location was a clumsy space, where the crowd members had to crane their necks around posts and plants; a trip to the bathroom was often a slalom event. The upstairs at the Diamondback offers a larger dance floor and more sensible table seating. It holds four hundred, but if a wall is knocked down — as is planned — capacity increases to six hundred.

The move didn't seem to affect attendance. Friday night, the club was crowded for Liquid Soul's grooves. Miller doesn't think the move to Gateway will hurt business, though finding a place to park Friday, when the Indians were home, was pesky.

For a guy facing eviction a few weeks ago, Miller had to be pleased with the way things worked out. He was happy that so many people offered to help. Between buildings last week, Wilbert's hosted two shows at the Symposium. "Usually with bad news, people run away," he said. "But it was just the opposite. It was really heartwarming. Everybody was like "What are we going to do?'"

Blue Horizons Music Group in Wadsworth has put together a compilation CD of Ohio bands. The record will appear on Blue Horizons' Sundog imprint and will be shopped at the College Music Journal conference in New York City later this month. Most of the bands who appear on the CD will play at release parties next weekend. At Banana Joe's in Akron, Thursday, September 9, check out Dead Man's Party, Ivet, Fool'sircle, Silo the Huskie, Strip, and Time No Reason. Friday, September 10, at the Symposium, it's the Byron Nemeth Group, C.D. Truth, Go Robot Go, Gwendolyn Speaks, Strip, and Tadpol.

In October, Blue Horizons will release a CD by Medina native Courtney Blaha. Blue Horizons General Manager Tom Weyand (of the Fifth Wheel fame) says Blaha has studied singing abroad. He describes her sound as "pop, like Garbage and No Doubt, but maybe not as alternative-sounding as those bands."

Though no one asked him to, former Clevelander Joey Porrello has written a new theme song for Cleveland. Porrello recorded seven different versions of "Cleveland: The Heart of It All" on one CD. Why seven? Because Cleveland has six professional sports teams (Indians, Browns, Cavaliers, Lumberjacks, Crunch, and Rockers), and Porrello has written a line mentioning each. (The seventh version is for the karaoke-minded.)

"I didn't want to alienate any of the sports teams," Porrello says, "because I had visions of people hearing it when they're leaving the stadium or arena." Porrello says that the Crunch was excited to hear its version of the song, but there's one problem: Porrello sings, "Catch the Crunch kickin' at the Gund," when the indoor soccer team plays its home games at CSU's Convocation Center. Porrello says the error will be corrected in future pressings of the CD.

"The Heart of It All" is a jazz-swing alternative to other unofficial city anthems like "Cleveland Rocks" and "This Is My Town." Porrello recorded the song in Warren with a band he calls Zootsuity.

Porrello, who today lives in New Jersey, sang with Joey and the Continentals, the GTOs, and Montage back in the day. Though he left Cleveland in 1986, Porrello claims to know "The Heart of It All" is Ohio's official slogan. "If the state of Ohio came forward with any beef at all about promoting Cleveland," Porrello says, "they'd be crazy to challenge that."

"Cleveland: The Heart of It All" should be in area stores by September 15.

Bash Rolling Stone magazine, installment #27: When not ogling the tender bosoms of young pop and television stars, RS likes to celebrate geeky men for reasons that should be obvious to anyone who has ever hung out with rock critics. The latest issue features stories on MTV idiot Tom Green and smirking comedic actor David Spade. This is not remarkable in and of itself, until you consider that both men had already been profiled in recent issues of Rolling Stone. You can never spend too much time in the company of genius, one supposes.

When Soundbites was a lad, he went to church camp in Lakeville, Ohio. Why should you care? You shouldn't. But in nearby Loudonville, the Mohican Reservation and Campground will host its first New Music Festival Saturday, September 11. The campground, which held its second annual blues festival earlier this summer, will feature a host of independent bands from Northeast Ohio and beyond. Performing from 2 to 11 p.m. (in ascending order) are Peachbones, Gravity Storm, Adrenaline Rocket, Download, Something Said, Tone X, Yellow #5, Lost Angel, Flux, NSB, Ivet, Great Scott, and Sindust. Tickets are $12 at the gate. BYOB (no glass). Call 1-887-639-3378 for more info.

The Cleveland Jazz Orchestra has released its first CD, Swingin' Together, a selection of Count Basie favorites conducted by Sammy Nestico. The CJO recorded the November 1998 performance at the Fairmount Temple Auditorium in Beachwood.