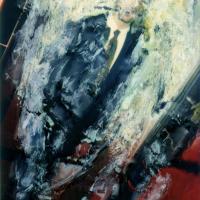 Cleveland native and former Shudder to Think frontman Craig Wedren recorded a solo album called The Spanish Amnesian that was supposed to come out in 1995, following Shudder to Think's Pony Express. It was never released.

Wedren is now streaming the unreleased album on his website. Think of it as an early holiday gift from Craig to you.

It's a pretty good listen, but kinda moody and spooky. The mostly instrumental project has more in common with Wedren's film and television scores than the fractured indie-rock he played with Shudder to Think. Wedren recorded the album by himself when he was living in Washington, DC and New York.

The stream will be up for the next month. Sometime in 2010, it will be available for download on iTunes and other places. But give it a listen now. —Michael Gallucci