Tegan and Sara to Play House of Blues in November

Indie pop band will release its tenth album in October 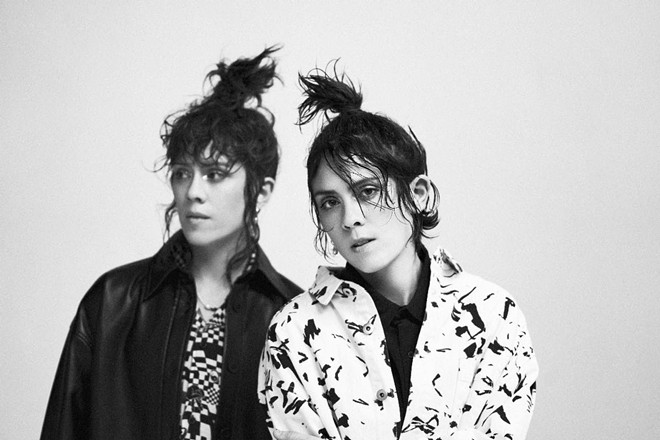 Eluvier Acosta
Tegan and Sara.
Canadian duo Tegan and Sara just announced that it’ll release its 10th studio album, Crybaby, on Oct. 21. The group also just released the next single from the project, “Yellow,” along with a Mark Myers-directed video that pays homage to Coldplay’s  2000 song of the same name.

Tegan and Sara's fall tour in support of the album will come to House of Blues on Nov. 4.

“This was the first time where, while we were still drafting our demos, we were thinking about how the songs were going to work together,” says Tegan Quin in a press release. “It wasn't even just that Sara was making lyric changes or reorganizing the parts to my songs; it was that she was also saying to me, ‘This song is going to be faster’ or ‘It's going to be in a different key.’ But Sara effectively improves everything of mine that she works on.”

Fans can sign up now for an exclusive presale at teganandsara.com. The fan presale begins tomorrow at 10 a.m. Remaining tickets go on sale to the general public on at 10 a.m. on Friday.