The Best of the Rock Hall Inductees — Class of '09 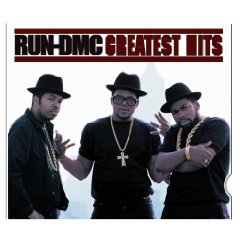 All set for the Rock Hall inductions on Saturday? Got your Master of Puppets T-shirt, Adidas and "I Love Doo Wop" buttons ready? You might want to prepare, like we are, by spending all day tomorrow listening to CDs by the five main inductees and the four other artists going into the hall. What's that? You say you don't own any Bobby Womack or Little Anthony and the Imperials CDs? We're here to help.

Here is the list of artists being inducted into the Rock Hall on Saturday. Here, also, is the artists' best albums. I tried to keep it to just one CD but couldn't nail it down to just one for Run-DMC. You're gonna have to run to the store to buy these albums (and hope they actually have them) or download them on iTunes, if available. Unfortunately, ordering from Amazon or someplace like that isn't an option since you're gonna need these tomorrow.

Jeff Beck — Go for the Yardbirds' Ultimate! Beck did his best work as part of this group. His solo stuff often drifts aimlessly into jazzy-prog-pop noodling territory.

Little Anthony and the Imperials — Rhino's four-disc Doo Wop Box has a couple of the group's biggest songs. Plus, there's tons of old-school rock on here that belongs in every collection.

Metallica — I'm not even going to go there.

Wanda Jackson (early influence) — Queen of Rockabilly includes all the Wanda you need to start a party.

Spooner Oldham (sideman) — Keyboardist Oldham played on some of the greatest soul sides of the '60s. A lot of them can be found on the great Atlantic Rhythm & Blues 1947-1974 box.