Punk act performs on November 15 at House of Blues 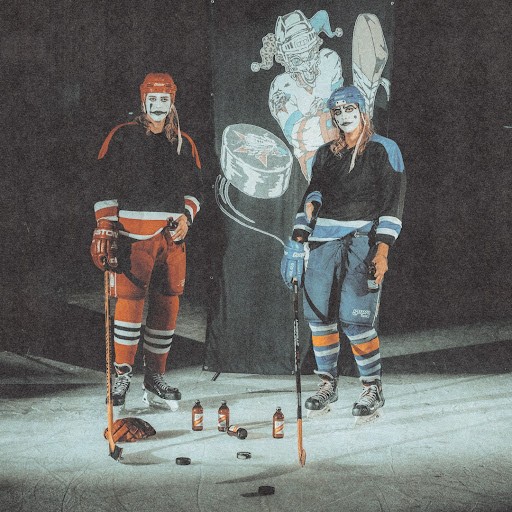 Kevin Gowdy
The Garden.
Wyatt and Fletcher Shears, the twin brothers in the punk/indie rock band the Garden, might have grown up in the notoriously tame suburbs of Orange County, CA, but they didn’t necessarily let their benign surroundings determine what they would become.

“[Growing up in Orange County meant] making your own fun was essential,” says drummer Fletcher Shears in an email interview with his brother, singer-guitarist Wyatt Fletcher. The Garden performs on Tuesday, Nov. 15, at House of Blues.

“Growing up here was a mostly positive experience; it’s quiet and is a versatile place to live,” adds Wyatt. “[We primarily listened to] punk rock from the early 1980s out of U.S./UK. We were raised on that. But, of course, that wasn't all. I like all types of music and pretty much grew up doing a lot of musical digging and discovering at a pretty young age.

Fletcher says he listened to everything from Cake to Discharge, GG Allin and the Blasters.

"I have a lot of influences, and it’s definitely helped to shape me musically," he says. "[Orange County]  has a rich history in music, and it’s easy to run into local legends.

The duo began playing in various bands in 2005 when they were still in grade school.

“We started pretty young because that was all we really cared about, if I'm being honest,” says Wyatt. “Not a lot else mattered to us. Play faster, play harder, have fun. Every aspect of it seemed interesting to me at that age — from the way the instruments looked to how you hold them. When you’re in a garage every day for hours at a time, the possibilities seem endless. It gives you the freedom to literally try anything from any angle. Thankfully, for us, our neighborhood didn’t mind, so we did this for 10 to 15 years.”

The Garden originally began as a side project for the brothers. But when the group started to gel, they began to devote more time to it, and the side gig became  their main gig.

“If I'm being honest, we didn't have a lot going for us in our lives at that time,” says Fletcher. “It just sounded like an interesting and exciting avenue to explore. We had never been in a band that just consisted of the two of us. It felt like the freedom to do anything. We have always both been on very similar pages when it comes to writing music, so it was a no-brainer. Knowing what you want but not overthinking [is key]. We just  try to make music we want to hear.”

Fletcher likens the band’s musical evolution from scrappy punk to sophisticated indie rock as a “natural process that is more based on feeling out what's right and what's not.” Recorded in downtown Los Angeles, the band's new album, Horseshit on Route 66, draws upon the legacies of Southern California hardcore and UK punk and mixes those influenced with electronics. With its chiming guitars, the single "Chainsaw the Door" almost has a Strokes feel as singer-guitarist Wyatt Fletcher defiantly sings, "When I see that closed door, I'm gonna chainsaw through it."

“I think, as with every record for us, it's just about following a feeling,” says Fletcher when asked about what the band wanted to do differently with the album. “We were feeling a certain way and wanted to hear something specific, and I think it came out exactly how we wanted it to. Just gotta trust your own personal process — whatever that may be. Of course, there will always be influences — punk rock music, drum 'n' bass. etc., etc., — but I think it's about what you mold those influences into.”

The group recorded the album in downtown Los Angeles, but Fletcher says the process “is sometimes best forgotten.” The outcome — arguably the band's most accessible work to date — suggests these guys should trust that process, as haphazard as it might be.

“In the back of my mind, I always had a vision for catchier melodies in contrast with a dark and witty sensibility surrounding the recordings,” says Wyatt of the recording sessions. “[We wanted to make] something that is re-listenable but also slightly challenging.”

As far as the live show goes, Fletcher simply says it’ll be “loud,” and Wyatt adds it should be “memorably, hopefully.”