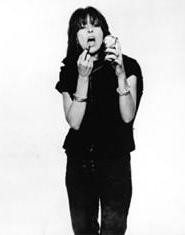 Northeast Ohio has nurtured some true rock legends, but the area's most significant export might be Akron native Chrissie Hynde.

Consider this: Hynde and her band, the Pretenders, have moved more records than the one-hit wonders in Devo and long outlasted the mighty James Gang. Bridging the gap between vintage rock and roll and snotty '70s punk, the group's nine-album discography includes two platinum albums and three gold discs. Their first three albums cracked Billboard's Top 10, with 1984's Learning to Crawl peaking at No. 5. Helping the record's climb was "Back on the Chain Gang," a smash hit that rock radio still spins 24 years after its release.

Granted, Hynde's early years in Northeast Ohio aren't the stuff of legends. In the mid-'70s, she collaborated with Devo's Mark Mothersbaugh, served time in the R&B outfit Jack Rabbit, played with bluesman Mr. Stress, and hung out with Debbie Smith and Sue Schmidt before the punk girls were Chi-Pigs. But to Hynde's own admission, nothing really clicked.

So she packed her bags and headed to London in 1976. As a witness to the original British punk scene, she watched the Clash and Sex Pistols become stars.

"I was just goofing off," she remembers now. "I didn't want to be a waitress forever. I was a big Anglophile that listened to all those rock bands from the '60s, and I thought, 'I want to go to England.' And I fell in love with the place."

Inspired by the bands she saw, Hynde placed three English lads behind her, and the Pretenders were born, quickly inking a deal with Sire.

Just a minute into the band's 1980 debut, the band name-checked the city Hynde left behind: "Moving through the Cleveland heat/How precious." And in 1995, Hynde was the only native invited to play the Rock and Roll Hall of Fame's inaugural concert. A decade later, the Pretenders themselves were inducted, with Neil Young conferring the honor: "Chrissie is a rock and roll woman. She's got it in her heart. She's gonna be rockin' till she drops."

Young was right. Though drugs claimed the lives of two bandmates, Hynde and her Pretenders never folded. Issuing well-received albums every few years, including the recently released Pirate Radio boxed set, she maintains her voice and vitality, without chasing rock and roll excess.

Hynde still regularly visits her home turf, and remains a local favorite. To commemorate the Pretenders' December 10 gig at the Agora, we talked to musicians about her formative years and the continued inspiration she provides today.

Hynde, for one, ain't biting.

"I've been overrated if anything," she says. "I'm just doing my thing."

Bill "Mr. Stress" Miller:
"A friend brought her up to my band in 1975. She was very intelligent. She had a good command of the rhythm & blues material. But playing live music in Cleveland in a local bar, you have to make certain concessions as to what you play. And Chrissie and I would argue about it. And I said, 'If you want to do what you want to do, you're not going to be able to do it here.'"

Agora owner Henry Lo Conti:
"I told her manager the first time I saw her, 'You've got a superstar there.' When you see a Bruce Springsteen or a Peter Frampton or a Bob Seger for the first time, you know they'll make it."

Wendy Case, Akron-born singer and guitarist for the Paybacks:
"I stumbled onto the Pretenders' first album based entirely on the strength of the album cover. It was stark, powerful -- and with Chrissie Hynde dressed in red leather and poised in this pseudo-bondage posture -- it was loaded with promise."

Beachland owner Cindy Barber:
"There's nobody else that sounds like that. There are a few women that you just know it's them -- that distinct tone. And the bonus was that it was a hometown girl."

Former WMMS Program Director John Gorman:
"Within a week, tracks from the [first] Pretenders album were among our most requested. [The band's first Cleveland show in 1980] was one of the best concerts I have ever seen."

Akron musician Rachel Roberts:
"Without Chrissie Hynde and the Pretenders, and a few other key bands from Akron, we wouldn't have the scene we have now."

Nicole Barille, singer and guitarist for Mr. Gnome:
"Night after night of gigging, as a female, you really begin to notice that you are in a completely male-dominated profession. And that determination, drive, and level of success that she was able to attain is extremely motivating."

Rose Kuhel, singer and guitarist for Rebel Girl:
"As far as vocals, lyrics, the music -- it never really seemed that she ever stepped outside of who she was. And her ability to reinvent herself time and time again. She brings reality and attitude. She crossed over in punk, pop, rock, soul. I mean, how much better does it get?"