Wincing the Night Away (Sub Pop)

Send a News Tip
The Shins 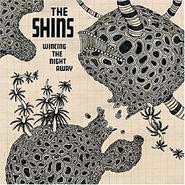 While waiting more than three years for the Shins' follow-up to Chutes Too Narrow, watching "New Slang" blow up, another indie-pop outfit by the name of Animal Collective released two modern classics: Sung Tongs and Feels, the most glorious and far-out pop music since "Good Vibrations" dropped in '66.

Even though critics had originally tagged the Shins as the Beach Boys reincarnate, Animal Collective stole their thunder, making 'em sound more like a McDonald's-brand Cure covering "I'll Be There For You" -- and the Shins apparently agreed. "Sleeping Lessons," the first cut on Wincing the Night Away, the disc we've all been waiting for, unfolds like a Feels medley condensed and rewritten, with Animal Collective trademarks popping up everywhere: swirling vocals fed through mind-warp effects, lullaby melodies, droning ambience, techno-inspired electronics, and that slowly building tribal urgency that explodes into psych-pop ecstasy.

This carries into "Australia," where the opening la-la-la's tumble down a flight of stairs, only to bounce upward, bursting into playful falsetto -- it's total Sung Tongs. From here, though, Animal Collective's influence recedes into the distant background, while the Shins return to cleverly nicking tricks from the Cure, Smiths, and, of course, those Beach Boys. And this is where the two bands part ways. Animal Collective -- like Brian Wilson at his very best -- always looks to the future, while the Shins are content with the retro shtick.