With Afterhours and Jeff Klein. Wedneday, May 24, at the Grog Shop. 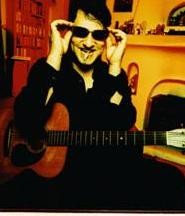 Any converted Afghan Whigs fans know that the singular charm of the Twilight Singers is the ability of the former Whigs frontman, Greg Dulli, to balance sleazy, balls-out bash with moments of soulful subtlety. The band's name has always given a clue about its sound -- existing in a state between libidinous and threatening.

At the shows supporting 2004's She Loves You, Dulli was an unhinged manifestation of the rock id, spitting lyrics steeped in the pleasures of sex, violence, and self-destruction with manic intensity. The drugged-out, half-destroyed fairy tales of the band's latest, Powder Burns, were recorded in New Orleans before and after Katrina; they show Dulli at the peak of his powers -- offering more war stories of illumination through indulgence and a relentless appetite for destructive pleasure-seeking.

Dulli debuted the record at this year's South by Southwest festival, backed by longtime New Orleans rockers, including bassist Scott Ford and guitarist Dave Rosser, and the searing intensity was infectious. Expect to leave tonight's performance with a swagger and ringing ears.