The Who's Loud-Ass Show Keeps Radio Guy Out of Vietnam 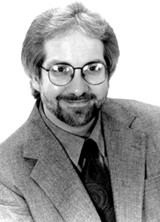 This week's cover story, "The Other Damage Done," describes some ways that musicians and fans have injured themselves via a life in and around music: chronic repetitive-stress damage, brain trauma and the all-too-common phenomenon of hearing loss. While surveying over 100 music pros for the story, we came across one story
of sudden trauma working out well for a victim.

"While I am not a musician, I have had music-related problems. On August 12, 1971 I sat in the second row in front of the bass amplifier at the Who's Public Hall show. No ear plugs. The effect was immediate. I was affected by tinitis, a chronic whistling or whining sound and a hearing loss. Fortunately, it helped me stay out of Vietnam after failing the hearing test for the draft physical three times in 1973! I always swore I would thank John Entwistle, and when I met him for the first time in 1992, he seemed shaken that he caused my hearing loss. I explained to him that it probably saved my life! I still have hearing problems. Despite the fact it kept me out of Vietnam, I definitely would have taken steps to protect myself." —D.X. Ferris