Then There Were Four 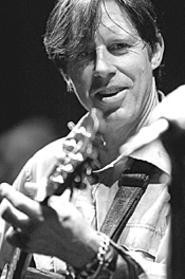 Walter Novak
John Doe, at the Knitters' August 6 Beachland show.
One of the city's more productive hip-hop partnerships, between Cleveland rap collective 12 Monkeys and Buffalo's Deep Thinka Records, has disintegrated, but a new label is emerging from the dust. Following a split with Deep Thinka, Monkey clique members Rime Royal and Edotkom have formed their own record label, I.V. League Entertainment.

"Things that were supposed to be getting done weren't getting done," says Robert "Speed" Hill, half of Rime Royal, about parting ways with Deep Thinka. "Now we're looking to do something by ourselves."

To that end, I.V. is working with Foundation Media, a promotions company based in New York. Featuring Cleveland tastemaker DJ Mick Boogie, Foundation works with an impressive list of big artists and companies, including Atlantic Records and rappers Nas and M.I.A. , distributing music to radio stations and DJs.

The label's first disc is Rime Royal's just-released The Most Incredible Mixtape, to be followed by a single from Siege, the rhyming half of Edotkom. The Siege track will be a taste of his delayed second LP, a boom-bap platter that was recorded for Deep Thinka, but has since been retooled and retitled 13:3.

The 12 Monkeys collective, where Edotkom and Rime Royal first made a splash, has been lying low of late, though Hill contends that it isn't quite defunct.

"A lot of people consider it dead and gone," he says. "But we're going to try to get something together."

· Even before Nine Inch Nails found a worldwide following, Cleveland's goth-industrial scene had a respectable reputation. Toledo native Jolene Siana revisits the mid-'80s in the autobiographical Go Ask Ogre: Letters From a Deathrock Cutter, now available at major book retailers and from Amazon.com. Culled from journals and correspondence with Skinny Puppy frontman Ogre, the book incorporates her drawings and photographs with scenes from Cleveland venues like the Phantasy, Agora, and Peabody's. As a habitual self-cutter, Siana comes to rely on dark rock music as an alternative release to self-mutilation. And Cleveland was a good place to see it live.

"I would often hop in a car and make the trek to Cleveland to see music and hang out," says Siana. "Wearing black lipstick, ripped tights, and dog chains around my neck in Cleveland didn't frighten people as much as it did in Toledo. My friends there were really involved in the underground scene, and I remember it being a really close-knit community."

· Following Disengage's show-stopping set at the Cleveland Music Awards, longtime bassist Sean Bilovecky has left the band. The group says the split was amicable and has yet to announce a replacement. In the meantime, Disengage's latest LP, last year's Application for an Afterlife, has found a second wind. It receives four out of a possible five stars in this month's Revolver, the current issue of art magazine Juxtapoz gives the disc a thumbs-up, and two tracks are being featured in an episode of MTV's Viva la Bam.

· Amps II Eleven, which recently lost two-fifths of their lineup, have replaced the players without missing a beat. The new Amps are drummer Ryan Foltz, formerly of the Dropkick Murphys and presently with Cleveland's Boys From County Hell, and guitarist Nick Summa, a first-generation Cleveland punk who played with Starvation Army. The band hits the Beachland Ballroom (15711 Waterloo Road) on Thursday, August 11, with Thor and the Subtones.

· Hooky Cleveland rockers the Subtones have posted two new tracks at www.subtones.net. The songs are the first taste of their upcoming LP, Vol. VI.