Tired of Woodstock Yet? The Rock Hall Isn't 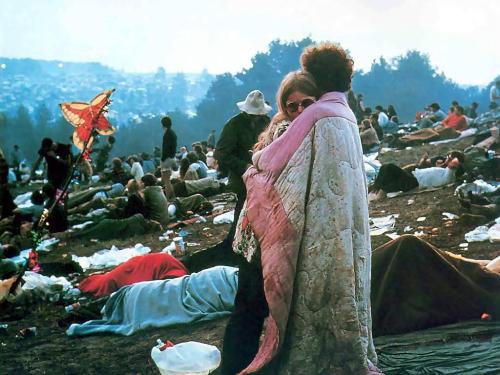 I know, I know — you’ve had it up to here with Woodstock retrospectives, celebrating the 40th anniversary of the muddiest rock festival ever.

Well, the Rock and Roll Hall of Fame and Museum is just piling on. It’s already opened its special Woodstock exhibit, on view through November 29. Now it’s offering an entire Woodstock Weekend this Friday through Sunday.

In the main exhibition hall, it’ll be showing continuous footage from the induction ceremonies of Woodstock performers who have been voted into the HOF, including the Grateful Dead, Crosby Stills and Nash, Janis Joplin and Jimi Hendrix.

From 2-3 p.m. Friday and noon-1 p.m. Saturday, Rock Hall VP/chief curator Jim Henke will talk about the Rock Hall’s Woodstock exhibit and the stories behind the artifacts in it. From 1-3 p.m. Saturday on the lobby stage, the Paul Green School of Rock will perform a fully costumed tribute to Woodstock, with kids whose parents were probably too young to be there performing songs played at the festival. From 1-3 p.n. Sunday, the professionals take over: folk quintet Long Road, pop-gospel ensemble the Prayer Warriors, singer-songwriter Noah Budin and woodwind player Rob Williams will perform on the lobby stage.

In addition, the first 1,000 people through the door on Saturday and Sunday will get a miniature lava lamp from event sponsor LavaLite. Far out! —Anastasia Pantsios