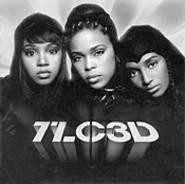 TLC could've made a real downer of an album. No one would have faulted Tionne "T-Boz" Watkins and Chilli, the group's remaining members, for creating a somber and reflective tribute to their fallen comrade, Lisa "Left Eye" Lopes, who died in a car accident last year. But instead, TLC celebrates life in the wake of death on 3D -- much like Missy Elliott does on her latest, Under Construction. But where Elliott mourns the spirit of Aaliyah, the ghost of Lopes haunts 3D less subtly.

Several of the tracks were cobbled together around raps and rhymes Lopes left behind, and as a result, she drifts in and out of the album. There's a party attitude to a lot of the songs -- the sassy single "Girl Talk" is all about how "girls talk about the booty, too" -- but 3D often tries too hard to include Lopes's leftovers. And that's a problem. It's telling that the album's best song, "Damaged," is an organic "Waterfalls"-style rumination about starting over. Maybe next time TLC should take that message to heart.