Touch Throws a Party for Itself 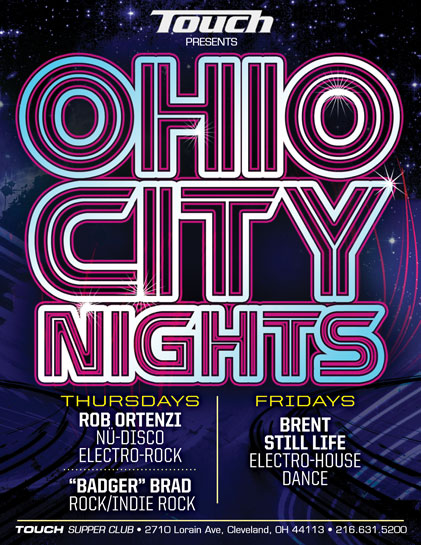 Ohio City's Touch Supper (and dance) Club celebrates the fourth anniversary of its re-opening tomorrow. The party will go all day and all night.

The bash kicks off at noon, with a pig roast outside. Later, Rafeeq will host an outdoor performance by Muamim Collective. Free appetizers will be served. Inside at night, DJ Jugoe will spin an eclectic set of dance music, and Go and Impure will serve similar musical fare upstairs. From 10-11 p.m., the club will serve free Moet champagne. 21and over only, and there's no cover.

"It'll be a combination of everything we do," says owner Robert Ivanoff. "Some rock, some old-school hip-hop, sets with Jugoe's Nitty Gritty vibe."

Touch first opened in 2000, briefly closed in 2004, and re-opened in a new spot. It's always drawn a racially diverse, mixed crowd of young professionals, college students and rock-fan locals. Lately, it's reasserted itself as a casual American restaurant in early evenings, with dance-floor fun lasting late into the night. —D.X. Ferris