One Hundred Days Off (JBO/V2) 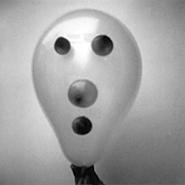 It's telling that the longest track on Underworld's fourth album, the lead single "Two Months Off," is only about nine minutes long. These British techno misfits are usually just getting started by the time the 10-minute mark rolls around, as evidenced by intricately sculpted epics like "Juanita," the 16-and-a-half-minute track that blows open their 1996 masterpiece, Second Toughest in the Infants. Truth be told, "Two Months Off" feels condensed and simple by Underworld standards. Maybe it's because of the departure of the group's longtime DJ collaborator, Darren Emmerson. It's conceivable that Emmerson was the real brains behind the mixing desk, and that programmer Rick Smith and vocalist-guitarist Karl Hyde just can't translate their sprawling musical vision into reality without him. But more likely, Smith and Hyde, contemplating the making of another dark, brooding tech-noir journey like "Juanita," just said, "Fuck it, let's have some fun this time."

And One Hundred Days Off is exactly that. The album starts out with "Mo Move," which is initially propelled by a deep, wiggling bass line and Hyde's meditative crooning. The track soon erupts into full swing, with a pounding chorus of bongos, then yields to the full-on electro groove of "Two Months Off," a song that's all surging synth euphoria.

Not all of the disc is sheer hedonism. Instrumental excursions "Ess Gee" and "Ballet Lane" offer an ambient mix of watery synths and Hyde's gentle guitar caresses, and there's even a soulful down-tempo cut ("Sola Sistim") and some faux-cowboy honky-tonk ("Trim"). Ultimately, though, One Hundred Days Off is the perfect reprieve for Underworld, a sunny little patch of Indian summer to keep them, and us, warm through the winter.