What To Do Tonight: Marshall Crenshaw 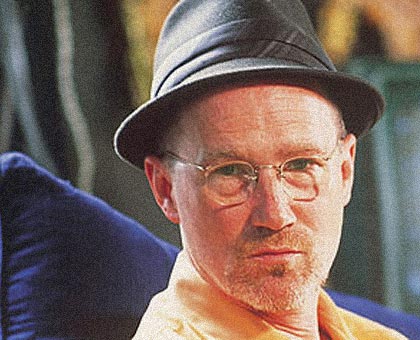 Marshall Crenshaw’s 1982 self-titled debut stands as a power-pop classic, packed with a dozen slices of hooky nirvana. Timeless tunes like “Someday, Somewhere” and “Cynical Girl” serve as simple yet sublime examples of Beatlesque tuneage (perhaps not surprisingly, considering Crenshaw played John Lennon in an early production of Beatlemania). The down side of making a classic is following it up. Crenshaw’s subsequent releases garnered critical kudos, but they never quite matched his debut’s magical charm. Over the years, he’s continued to make well-regarded albums. He also penned a hit for the Gin Blossoms, played guitar with the reconstituted MC5, contributed to the Walk Hard soundtrack and wrote a book about rock ’n’ roll movies. His latest CD, Jaggedland (his first in six years), is another fine example of pop craftsmanship. The Detroit native still writes songs about life and love, although the years have added layers of poignancy and perspective. His new tunes might not exude his earlier records’ jingle-jangle jubilance, but tracks like “Long Hard Road” and “Just Snap Your Fingers” resonate as grown-up love odes, while “Eventually” and “Sunday Blues” offer ruminations on adulthood’s tribulations. Although he’s no longer the young romantic “rockin’ around in N.Y.C.,” Crenshaw remains a pop-rock master. Ben Gmetro opens at 8 p.m., at the Beachland Tavern (15711 Waterloo Rd., 216.383.1124, beachlandballroom.com). Tickets: $15 advance, $17 at door.
— Michael Berick