What to Do Tonight: Say Anything and Moneen 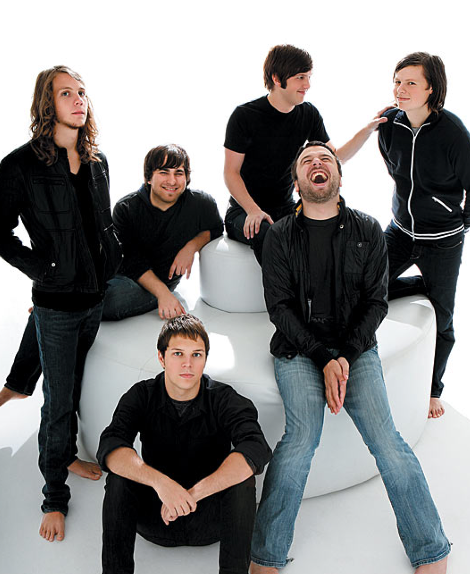 Say Anything and Moneen are both Vans Warped Tour alum, and it’s not hard to figure out why. Both bands are rooted in a pop-punk/post-hardcore style that gets gobbled up by fans of the annual cultural steamroller. Neither group can go long without doling out chunky guitar riffs and soaring choruses that are typical of Warped. But each is also capable of distinguishing itself from the pack. Say Anything, who’ve grabbed a big chunk of the spotlight, tend to augment their Warped sound with a startlingly original blend of punk angst and musical-theater grandeur. Most of the band’s songs deal with frontman Max Bemis’ girl problems, rock ’n’ roll scenesters and his battle against bipolar disorder, but he manages to avoid the pitfalls of emo posturing by infusing his lyrics with a combination of sarcastic self-aggrandizement and scathing self-deprecation. He isn’t trying to be the sensitive guy you should pity. Expect to hear plenty of songs from Say Anything’s new self-titled album, which comes out next month. The band worked with producer Neil Avron (Linkin Park, Weezer), so you’ll hear fewer meandering ballads — like the kind that filled their last album, In Defense of the Genre — and more power-poppy cuts. Meanwhile, Moneen fall squarely into the emo-rock fold, but their latest album, The World I Want to Leave Behind, shows some serious ambition, reaching toward a divergent yet complementary mix of majestic prog-metal jams and cinematic post-rock. Singer Kenny Bridges’ halcyon-like croon lends itself equally to churning riffs and delicate guitar arrangements. Though there is probably little that Moneen can do to upstage Say Anything, they throw themselves into their performances with ferocity. Eisley and Moving Mountains open at 7 p.m. at the Beachland Ballroom (15711 Waterloo Rd, 216.383.1124, beachlandballroom.com). Tickets: $16 advance, $19 day of show. — Steve Boughton