What To Do Tonight: Strike Anywhere 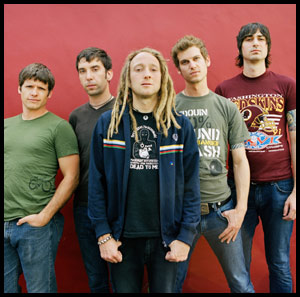 While most of their melodic hardcore peers were consumed with heartbreak, Virginia’s Strike Anywhere spent the decade building a reputation as one of the best political punk bands. Led by Thomas Barnett’s screaming (but decipherable) vocals, the quintet mixes raging rhetoric with chunky riffs, machine-gun rhythms and occasional breakdowns, all played with incendiary energy. The impulse is to step back, in case they finally explode. The hooks have grown sharper across their first three albums, highlighted by 2006’s Dead FM, which not only features deeply embedded melodies with an anthemic pulse, but also boasts their best-written songs. From the album-opening “Sedition,” which invokes the work Barnett’s grandfather did on the Manhattan Project, to stories about child-abuse survivors, press censorship and economic hardship, the record keenly surveys the little compromises and wrenching sacrifices diminishing our country brick by brick. With Barnett living in Portland, releases have been less frequent, but Strike Anywhere have just put out their fourth full-length, Iron Front. They’re also a monster live act, with more to offer than simple sloganeering and rank demagoguery. Polar Bear Club, Crime in Stereo and Ruiner open at 8 p.m. at the Grog Shop (2785 Euclid Heights Blvd., Cleveland Hts., 216.321.5588, grogshop.gs). Tickets: $12. — Chris Parker