When Will The Rock Hall Get Pac-Man Fever? 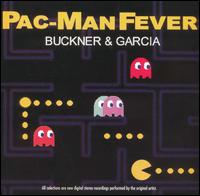 The Rock Hall has failed to induct —- or even acknowledge — hundreds of bands that should be in it: Journey (“Only Solutions”), Kiss (“Beth”), Michael Stanley (“My Town”). But it was still a fresh slap in the face to local music aficionados when, for the third year in a row, the Hall failed to nominate Akron’s Buckner and Garcia, the 1980s songwriting force best known for 1981’s “Pac-Man Fever.”

Sure, the Black Keys are hot shit now, but Buckner and Garcia was the original Rubber City duo. According to Wikipedia, the dynamic duo’s star-crossed saga began with a 1980 collaboration, the holiday song “Merry Christmas in the NFL,” which cast Jewish Howard Cosell as Santa Claus, much to the sportscaster’s chagrin. They produced a genuine Ohio anthem in 1982 when hired to extend the theme from WKRP in Cincinnati into a full single. That was their breakout year.

The year 1982 also saw the duo record the smash single “Pac-Man Fever” to commemorate a booming new fad: videogames. It crested at No. 9 on the Billboard singles chart, selling more than a million copies. Columbia Records signed the group and twisted their arm into recording an entire album of video-game-themed songs, also titled Pac-Man Fever. It moved 900,000 copies.