X at the Crossroads 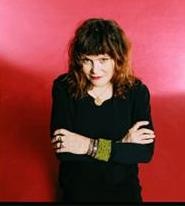 When Cervenka hits the tour trail, she dreams of painting back home.
For most, Exene Cervenka will forever be known as that girl in X -- the mysterious punk princess unleashing off-kilter harmonies alongside singer and guitarist John Doe.

With her dark humor and quirky sense of style, Cervenka had zero musical training when she bumped into Doe at a poetry workshop in the mid-'70s. But soon thereafter, he helped transform her into a fierce onstage presence. Cervenka, in turn, helped catapult X to the top of the West Coast punk scene with such classics as Los Angeles and Wild Gift. Though the band never achieved mainstream success, its ever-expanding fan base made X one of the few longtime punk traditions.

"I was in the right place at the right time, and I took control of the situation," says Cervenka while en route to Austin. "I thought I was going to be doing this for, like, five years and then move to New York and do something else. Most people's first bands don't end up playing for 30 years."

Then again, most musicians don't go on to establish a handful of great bands outside of their main gig, but as Cervenka says nonchalantly, "There's a lot of hours in the day. There is plenty of time to do all that work and more."

To prove it, as well as challenge the popular notion that she's just the girl in X, Cervenka has fronted Auntie Christ, a highly charged new-school punk band; the Knitters, a twang-happy country act featuring other members of X; and the Original Sinners, her latest rockabilly-tinged outfit.

With bluesy guitars growling underneath Cervenka's wry tales of love turned sour, the Original Sinners debuted in 2002 with a hybrid lineup including former members of roots-rockers the Distillers and Sluts for Hire, as well as Cervenka's future husband, guitarist Jason Edge. Since then, Cervenka and Edge have gone through backing bands like tissue during hayfever season, with the 7 Shot Screamers, a versatile rockabilly quartet from St. Louis, providing the latest batch of proxy Sinners.

Having laid down tracks for 2006's Sev7en as well as supporting the duo on its previous tour, the Screamers were expected to head out for the current tour as well. But unexpected scheduling conflicts (including a film cameo) prevented the band from joining Cervenka and Edge.

"There are no hard feelings," explains Screamers drummer Kevin O'Connor. "We are all good friends, and Exene is always supportive of us."

Wanting to recreate the magic formula that helped make Sev7en a success, Cervenka knew she needed to replace the Screamers with musicians who already understood one another. Instead of cherry-picking individual musicians, she hired an entire unit, a Wisconsin surf-rock outfit calling itself Knuckel Drager.

Given just seven days to learn the Sinners' set list, Knuckel Drager has so far impressed the boss. What's more, Cervenka's new backing band also doubles as the warm-up act, sporting -- believe it or not -- Slipknot-style masks and unleashing an actual pyrotechnics show. She even plans to enlist them when she records the next Sinners disc -- a fact that doesn't sit well with O'Connor, who claims Cervenka and Edge originally asked the 7 Shot Screamers to rejoin the duo in 2007.

"It's a damn shame if she doesn't use us again," says O'Connor.

But as a 50-year-old woman fully in control of her creative work and never afraid to experiment, Cervenka replies, "I'm not married to anyone as far as bands go." She's just always looking ahead for the next thing.

Case in point: While on tour, the punk icon (also an accomplished artist and writer) can't help but think about painting or writing a new book when she returns to her southern Missouri home.

"I was living in a pretty small house and doing my artwork on the kitchen table," she says of her former home in L.A. "Now I've got a whole barn full of art, so the effect has been really positive."

Though Cervenka tasted a new kind of success this year, when a New York City gallery premiered her artwork, she's "never gotten tired of music" -- despite the fact that the Original Sinners fail to pack clubs the way X can.

"People don't want to see new artists," says Cervenka. "They want to see a cover band of AC/DC that's all girls, or they want to see a band like Dead Kennedys get back together . . . People don't even know we are coming sometimes. People will see me, and they don't know why I'm in town. And I'm like ''Cause I just played here tonight.'"

Cervenka is the first to admit that it's tough to be an original in this day and age, but she's the last to give up trying.

"Every compromise that's ever been made, regarding my art or music or whatever it is, I felt like a jackass afterward," she explains. "If you're compromising, it's because your goals have changed. If it doesn't work out, you look like such an idiot, and if it does work out, you've still compromised."