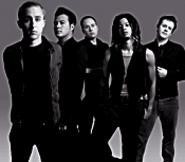 When Good Charlotte and Green Day experiment with portentous lyrics, they use string sections to reinforce their gravity. Yellowcard employs a violinist full-time, but on its 2003 major-label debut, Ocean Avenue, that didn't translate into mature statements or musical departures from pop-punk form. Sean Mackin's string-sawing doesn't stand out on some of the band's biggest hits, making his instrument a surprise to casual fans when they stumble upon a live set at a festival.

On its just-released sophomore record, Lights and Sounds, Mackey seizes new responsibilities, such as conducting a 25-piece orchestra. Yellowcard takes gingerly steps toward social commentary with "Two Weeks From Twenty," a fictional story about a U.S. soldier killed in Iraq before his 20th birthday. Songwriters Ryan Key and Pete Mosely also use a recurring character named "Holly Wood" to play assorted roles, including war-casualty widow. But the record's top recruiting tool is its title track, which lacks woodwinds and profundity, but packs an insane hook.