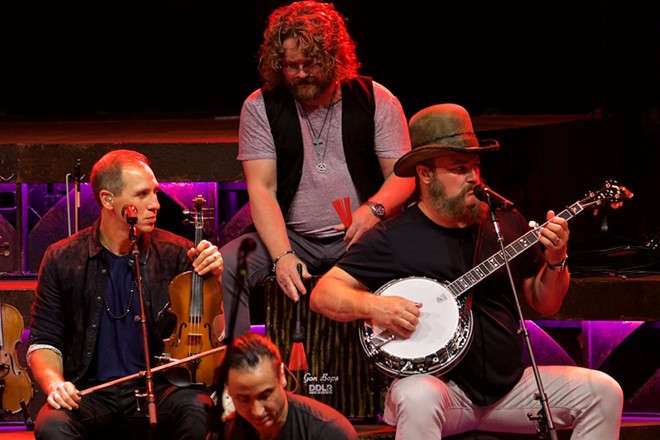 Scott Sandberg
Zac Brown Band performing at Blossom in 2017.
Known for live shows that often feature a slew of oddball covers in addition to original material, Zac Brown Band has just announced the dates of a late summer/early fall tour.

The band will come to Blossom on Aug. 20.

“We couldn’t be more excited to get back out on the road and share our new music with our fans,” says frontman Zac Brown in a press release. “It’s been a long, difficult year for everyone, and we’re fired up to be reuniting with our crew [to] get back on tour and celebrate a brand-new world.”

Members of the Zamily, the band's fan club, will have pre-sale access beginning at noon on Tuesday, and tickets for the Zac Brown Band's show at Blossom go on sale to the general public at noon on Friday.

Teddy Swims and Ashland Craft will open the show.