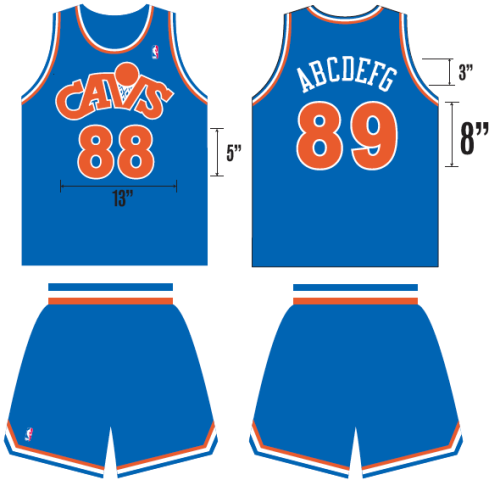 If you've checked out the Cavaliers team shops, you probably could have already guessed this, but the Cavs will officially be wearing the late 80's uniforms as throwbacks throughout the 2009-2010 season. This comes via Paul Lukas' Uni Watch NBA preview piece. It's one of the most cherished uni's in the team's history, mainly because of the success of the Mark Price era. Also, it's apparently one of Dan Gilbert's favorites. A few years ago a buddy of mine stumbled upon Dan Gilbert walking through the upper concourse of the Q. My buddy was wearing a Mark Price jersey and Gilbert said it was his favorite and that sooner or later, but probably sooner, it would be used as a throwback.

Team shops are also selling Mark Price and Brad Daugherty throwbacks right now too, in addition to what I expect will be a full roster of current Cavs in 88-89 mold.