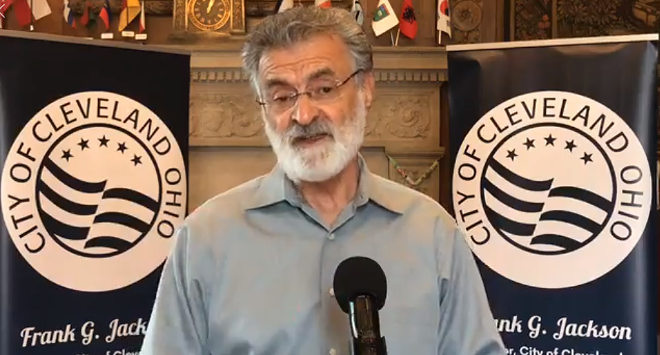 The City of Cleveland reported eight new deaths from the coronavirus Monday night, bringing the city's fatality total to 100. The report comes after several days of no new reported deaths. Covid-19 now accounts for roughly as many deaths as city homicides in 2020. (Cleveland's own Covid-19 dashboard has already increased the death total to 103).

Twenty-two new confirmed cases were reported in the city's nightly press brief as well. The City now stands at more than 4,700 cases, with an additional 553 probable cases. After steep increases daily through July, the new case numbers are now increasing more slowly.

Cuyahoga County tabulates and reports its Covid data separately. It reported 9,699 cases Friday, which included about 900 probable cases. There have been 419 deaths across the county, outside the city of Cleveland.