A Box for Every Baby: A New Program Aims to Give Baby Boxes to Parents to Help Combat Ohio's Abysmal Infant Mortality Rate 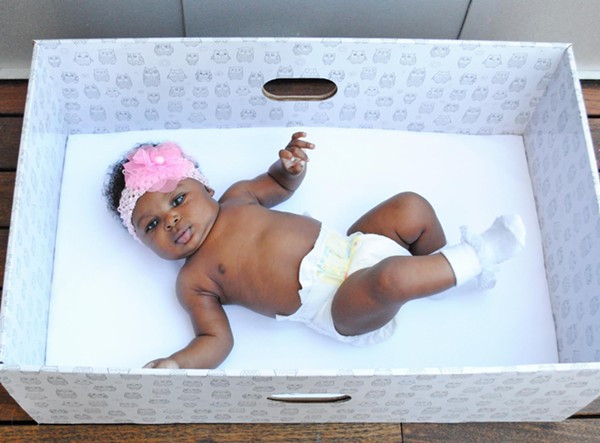 Ohio currently ranks 38th in the nation in infant mortality rates (and Cuyahoga County itself is among the worst in the nation). Last year, 1,005 Ohio babies died before their first birthday. Of those, 150 were sleep-related deaths. That's three a week. Which brings us to a new program facilitated by an L.A.-based company (Baby Box Company) along with Ohio health systems, hospitals, including Rainbow Babies and Children, and non-profits that aims to combat those sleep-related deaths.

Starting this year they hope to distribute about 140,000 baby boxes (the average number of births in Ohio per year) so that every newborn has one when they go home from the hospital. These cardboard cradles — like the ones the Finnish government has divvied out to new parents for decades and which has helped make their infant mortality rate among the lowest in the world — are said to reduce risks of sleep-related deaths if used during an infant's first couple months.

"We don't really think that this in itself is going to stop infant sleep-related deaths, but it's a way for us to give parents the education and tools to make that less likely, to help them succeed," Celina Cunanan, director of midwifery services for University Hospitals, told the Columbus Dispatch.

Ohio will be just the second state to initiate a version of the program (New Jersey rolled a similar one out in January). UH Clinical Diversity Officer, Dr. Margaret Larkins-Pettigrew, told the Richland Source she's more than on board for the program.

Friday, University Hospitals Cleveland Medical Center, at 2101 Adelbert Rd., hosts a program launch party at 10:30 am in the atrium. Otherwise, to receive a free box, which includes a mattress and other essentials, parents must complete an online course found here. 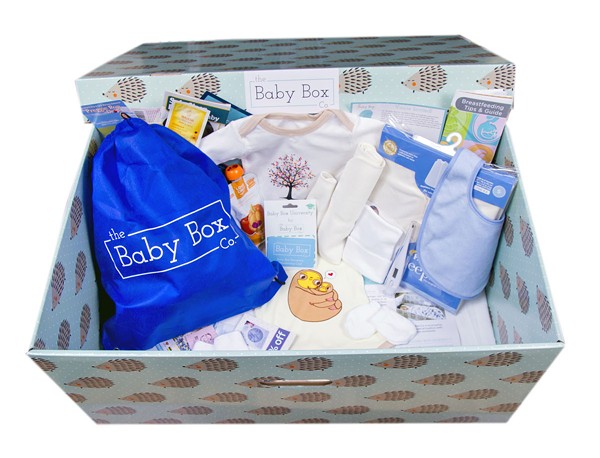