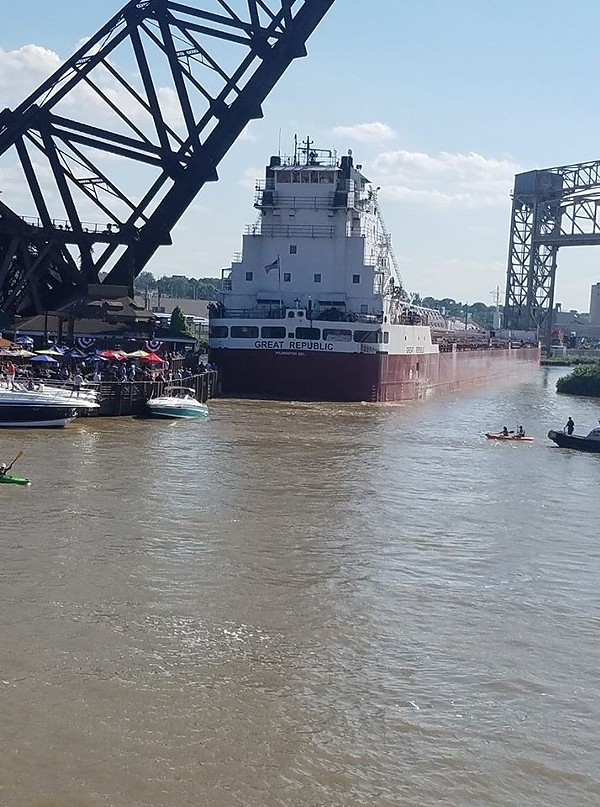 Jason Majors, FB
Shortly after 6 p.m. Sunday evening the Great Republic freighter struck the dock of Shooters on the Water and a recreational vehicle on the Cuyahoga River while making a turn, according to the U.S. Coast Guard.

The recreational vehicle was moored in a no-mooring zone — one of the ten or so safety locations along the river where boats are prohibited from anchoring or tying up as to provide ships, like the Great Republic, which clocks in at 625 feet in length, ample space to make turns on the tight and twisty waterway.

The boat didn't sustain any damage, nor did the freighter, and there were no injuries. The collision did do some damage to Shooter's dock, a Coast Guard spokesperson told Scene. An investigating officer was dispatched to the scene yesterday and is waiting on an estimate from the riverside restaurant.

It's at least the fourth time in the past two years that a freighter has collided with the dock.