How well do you know your city? 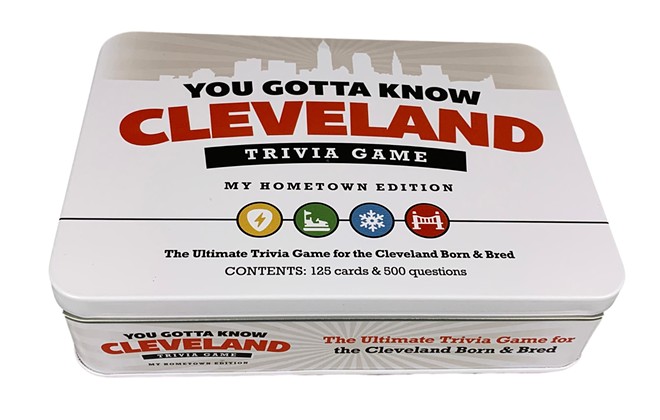 "What brand of canned pasta got its start as a response to customers asking to take home spaghetti sauce from an Italian restaurant founded on East 9th St. and Woodland Avenue in 1924?"

"In response to LeBron James' departure for Miami, what Dan Gilbert-owned memorabilia company lowered its price on James-themed merchandise from $99.99 to $17.41, the birth year of Benedict Arnold?"

Those are just two of the 500 questions you'll find in You Gotta Know Cleveland, a new trivia game released last week by You Gotta Know Games featuring items from pop culture, history, news and events.

Clevelanders will have to dig deep into their memories to answer questions like: “In 2012, pieces of what demolished and repurposed Cleveland sports venue washed ashore as a result of Hurricane Sandy?”

You Gotta Know Cleveland – My Hometown Edition and Cleveland-themed You Gotta Know Games are available at www.yougottaknowgames.com, through Amazon at www.amazon.com/yougottaknow and at local stores including Cleveland Clothing Company, Dante Lucci Salon, Joseph Beth, Nature’s Oasis, The Cleveland Bucket List, and Reverie.