A Precious New Deer Species Has Arrived at the Akron Zoo

A new species recently made its way into the Akron Zoo. The zoo gladly accepted two new Siberian musk deer, Vlad and Anastasia, who were being cared for at the Bronx Zoo in New York before arriving in Akron. The deer, both 3 years old, were brought here based on breeding recommendations from the Association of Zoos and Aquariums.

Check out the furry ears and tusks below:


We now have a new species on exhibit, Siberian musk deer!

The Siberian musk deer are native to the forests of Russia and northern Asia. They get their name from the musk they secrete during mating season. The deer are regarded as a "vulnerable" species due to their musk glands being sought out by poachers. The glands in their musks are now being used in traditional medicine, but were once used in perfumes. Musk deer are modest in size, weighing between 15 and 35 pounds.

We recently welcomed a new species, Siberian musk deer, now on exhibit. The male deer, named Vlad, is three years old and was born on June 10, 2015. The female, Anastasia, is also three years old and was born on June 26, 2015. Siberian musk deer are native to the forests and mountains of Russia and northern Asia. They get their name from the musk that they secrete during mating season. Musk deer are small, weighing from 15 to 35 pounds on average. They are known for their kangaroo-like faces and the tusks on the males. The musk deer are also on exhibit with red-breasted geese, which are birds native to Afghanistan, Kyrgyzstan and surrounding countries. The musk deer and geese are on exhibit in the former sika deer habitat after our sika deer, Bucky, was moved to a new off-exhibit area for retirement. #muskdeer

Vlad and Anastasia are on exhibit alongside another "vulnerable" species, the red breasted geese. They can be found in the former Sika Deer habitat. 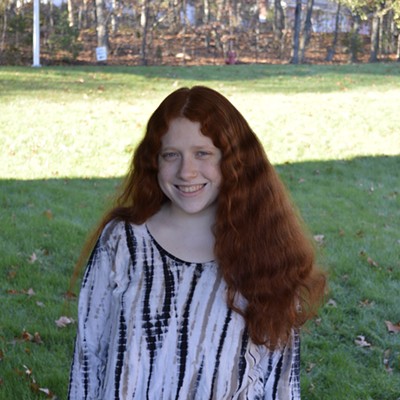