An assistant prosecutor faces questions about conflicts of interest. He's getting used to it. 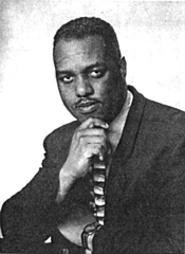 By all accounts, Aaron Phillips is a good lawyer. As a Cuyahoga County assistant prosecutor, he's argued hundreds of cases, from drug possession to murder. Last year, he was one of the prosecutors who finally won a conviction against Angela Garcia, the Cleveland mother accused of starting a fire that killed her two young daughters in 1999. He's charming and dedicated, a snappy dresser to boot. His boss, First Assistant Prosecutor Robert Coury, calls him "a tremendous talent."

But Phillips has been a tremendous source of controversy as well. During the last year, he has been accused of having inappropriate connections to a criminal defendant. He's been scolded by an appeals court for failing to disclose a possible conflict of interest. And last month, he was given a five-day suspension for appearing to violate the county's policy on private legal work.

He has the worst luck of any lawyer in Cleveland -- or the worst judgment.

Phillips's latest difficulties have sprung from an unusual source: the Potentate Ball, an annual celebration put on by the El Hasa Temple, a black fraternal organization. Like many local lawyers and politicians, Phillips ran an advertisement in the event's program, touting his private legal practice in personal injury law, medical malpractice, and criminal referrals.

The ad was hard to miss. The word "referral" was misspelled.

But neglecting to spell-check would be the least of Phillips's worries. In October of last year, County Prosecutor William Mason directed assistant prosecutors to stop doing outside legal work. Only attorneys with the office 15 years or more were exempt from the policy. Phillips was supposed to be shutting down his private practice, not trolling for new clients.

Even more troublesome was the ad's mention of criminal referrals. Any involvement with such cases would constitute a brazen conflict of interest with Phillips's prosecutorial duties. "It's a breach of the code of professional responsibility if he were to do criminal cases or take any funds procured from doing criminal defense [work]," says Coury.

Phillips admits the ad reflected poor judgment, but says his sin was stupidity -- not wayward ethics. Someone from the El Hasa Temple designed the ad, and the mention of referrals was a mistake. Phillips never read the wording before the program was published. "It was my fault," he says. "I should have at least checked [the ad] to make sure what was going in. I didn't."

The explanation veers close to dog-ate-my-homework territory, but there is no indication that Phillips actually worked on any criminal cases. Nonetheless, the appearance of a conflict triggered his suspension. Says Coury: "I told him it was unacceptable. He understood that he's still responsible."

For all the hubbub about this indiscretion, however, it's hard to fathom why anyone would be so surprised. It's not the first time Phillips's public and private legal work have mixed in messy ways. The bad juju first surfaced early in 2001, when a local pastor named Merita White was charged with stealing more than $100,000 from one of her own parishioners. Months before being indicted, White had consulted a fellow pastor and attorney about a possible civil suit stemming from the same dispute. The lawyer: Aaron Phillips.

As in the ad snafu, Phillips never actually violated his duties as a prosecutor. He removed himself from the civil matter more than a year before White was indicted, and he played no part in her prosecution. "I saw where it was going, so I got off the case," he says. "I do know how to smell a rat."

After White was indicted, however, her defense attorney, Richard Agopian, attempted to disqualify the entire Cuyahoga County Prosecutor's Office from handling the matter, arguing that Phillips's involvement constituted a conflict of interest. A judge disagreed, and the office remained on the case; White was convicted in October of this year.

By then, Phillips's connections had become an issue again. In August, the Eighth District Court of Appeals upheld the conviction of Joseph Bradley, whom Phillips had prosecuted on charges of aggravated burglary, kidnapping, aggravated robbery, and vandalism two years before. But the judges also wrote that they were "troubled" by an appearance of impropriety in the case.

The reason: At trial, Bradley was represented by Don Butler, a respected defense attorney from whom Phillips was renting office space. Neither attorney had bothered to inform the trial judge or Bradley of the arrangement.

"It seems to me that it would have been appropriate for [Butler or Phillips] to go before the judge and tell him," says Almeta Johnson, who raised the issue in Bradley's appeal. "Maybe it wouldn't have changed anything, but you need to know." (Butler did not respond to several calls.)

Phillips admits that he should have said something about the connection, but ever the attorney, he offers a novel defense: The relationship actually made him more zealous in his prosecution. "I should have let somebody know," he says. "Don Butler is a friend of mine, and when we were going up against each other at trial, we were fighting harder . . . If anything, we were more competitive."

Competitive but clueless, says Cleveland Marshall law professor Stephen Lazarus. "It's sort of like being in the Pittsburgh Steelers fan section even though you're really rooting for the Browns," he says. "It's legal, but it's not popular."

Echoes Coury: "There's no question in my mind these guys were going at each other, that they were acting in the best interests of their clients. Nevertheless, I don't think they should have [withheld the information]."

It seems to be a familiar refrain when it comes to Phillips: It wasn't smart, but it wasn't really wrong. And so, despite all the headaches he creates, he continues to prosper in the prosecutor's office. Suspension or no, Coury calls Phillips an "excellent employee" who is "loyal to the office."

"I need to say all those things, too, because if he was less than that, he could have been terminated," he says.

Indeed, by all accounts, Aaron Phillips is a good lawyer. It just depends on your definition of good.