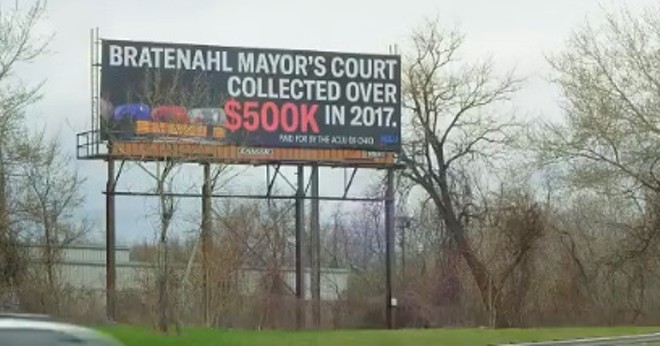 ACLU Video Screenshot
The ACLU of Ohio recently released a report on the many injustices of mayor's courts in Ohio.

To go with the findings Monday, the organization put up its first billboard along I-90 near Eddy Rd., an area where motorists are frequently ticketed by Bratenahl police. In plain language, the sign's message reiterates the ACLU's stance that mayor's courts exist to make money for a city, rather than actually deliver justice, and that they routinely and overwhelmingly punish minorities and the poor.

Mayor's courts are set up to hear traffic and local ordinance violations, yet they've now been eliminated in every state but two: Ohio and Louisiana.

Ohio currently has about 300 mayor's courts, which only require magistrates who hear cases to have six hours of training per year.

Learn more about the issues with mayor's courts as reported by the ACLU right here.

Spilling the tea on Bratenahl Mayor’s Court ☕️... These courts operate in secrecy, but we wanted to make our findings public. Check out our first-ever billboard! #PolicingForProfit https://t.co/7zmxUT1fhc pic.twitter.com/oWHNAIY589