After Concerns About Drug Led Gov. DeWine to Delay Ohio's Next Execution, the State Looks for New Lethal Drugs 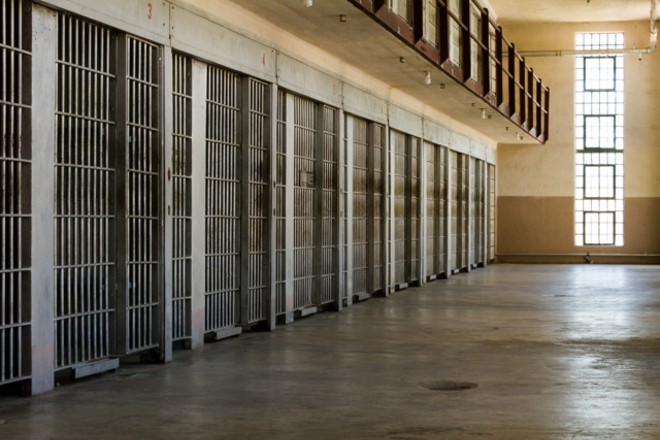 It took 26 minutes for the mixture of hydromorphone and midazolam to kill McGuire — the longest execution since Ohio resumed capital punishment in 1999 — and witnesses reported the condemned man loudly gasping for air.

The incident eventually led the state to issue a moratorium on executions until it could find a new cocktail of lethal drugs that is more humane. But the choice it settled on — which still contains the controversial drug midazolam — is now under question, leading Ohio Gov. Mike DeWine Jan. 25 to delay the upcoming execution of convicted killer Warren Henness and sending the state back to the drawing board in its years-long quest for drugs it can use to put people to death in a manner that is consistent with the constitution.

A jury convicted Henness of murder for kidnapping Richard Myers, his drug addiction case worker, shooting him five times in the head, slicing his throat and cutting off his finger to steal his wedding ring before taking his car and credit cards to buy drugs. Henness maintains that he did not commit the crime. Guilty or innocent, however, his attorneys argue he is protected from a painful execution by the U.S. Constitution’s prohibition against cruel and unusual punishment. They also argue that Ohio’s current methods don’t meet that standard because they continue to use midazolam.

It’s a problem the state has been grappling with since before McGuire’s execution.

Last decade, the state began struggling to find drug suppliers when European drug manufacturers became unwilling on moral grounds to sell traditional drugs like pentobarbital and sodium thiopental for executions. After depleting its stockpiles of those drugs, Ohio has had to find new ways to put people to death that don’t infringe on the constitution. That has proven tricky.

A state inquiry initially reported that McGuire, convicted of the 1989 murder of a pregnant woman in Preble County, did not suffer during his death. But in a 2017 federal hearing on Ohio’s execution methods, the team leader for McGuire’s execution said it was like no other he had seen. McGuire’s daughter said the lengthy execution filled her with “agony and terror,” and Dr. Kent Diveley, a California anesthesiologist retained as an expert witness in a lawsuit by McGuire’s family against Ohio testified that the execution caused “true pain and suffering.”

The family dropped the lawsuit in 2015, when Ohio announced its three-year moratorium on executions as it worked to figure out a more humane way to put people convicted of the highest crimes to death.

Ohio resumed executions in 2017 using a new three-drug method. Under that protocol, the drug midazolam is first administered as a sedative. Then, the execution team injects the condemned with a powerful paralytic drug before giving a final dose of potassium chloride to stop the person’s heart.

Critics of midazolam say it doesn’t sedate inmates fully, leading to horrible suffering. The two other drugs Ohio will use to execute prisoners cause excruciating pain as they kill if a person is conscious. Further, some medical experts say the 500 ml. dose of midazolam administered can itself cause a sensation similar to drowning or of fire in the veins, causing panic and pain.

Prior to the state resuming executions by putting convicted killer Ronald Phillips to death in 2017, some drug experts asked Ohio not to use midazolam. On July 24 that year, 15 pharmacology professors from universities across the U.S. filed an amicus brief with the Supreme Court in connection with the Phillips case requesting that the use of the sedative in executions be halted. The brief highlights the “national importance” of the case when it comes to lethal injections.

“In sum, midazolam’s mechanism of action makes it unsuitable as the first drug in the State of Ohio’s three-drug lethal injection protocol because it is incapable of inducing unconsciousness and cannot prevent the infliction of severe pain,” the filing reads. “The record of midazolam-protocol executions is profoundly troubling.”

Attorneys said their challenge to Ohio’s use of the drug could have national implications.

“What is happening in Ohio is a matter of great concern everywhere,” attorney Mark Haddad said in a statement after asking the U.S. Supreme Court to step in. “The record in the Ohio prisoners’ case firmly establishes an intolerable risk of resuming executions under the midazolam three-drug protocol.”

Other states using cocktails containing midazolam have also seen executions go badly. In Arizona, Joseph Wood gasped for air for nearly two hours before dying in 2014. Arkansas has seen a procession of grisly executions using the drug. And in Oklahoma, Clayton Lockett spent 45 minutes clinging to life after the drugs were administered before succumbing to a massive heart attack.

Following Woods’ two-hour execution in Arizona, that state decided to end the use of midazolam. Florida has also discontinued use of the drug in executions.

On Jan. 15, almost five years to the day after McGuire’s execution, federal magistrate Michael Merz sitting in the U.S. District Court in Dayton ruled that the three-drug cocktail Ohio has been using to put people to death is likely unconstitutional, citing medical experts who testify that large doses of the drug midazolam can cause pulmonary edema, which produces the sensation of drowning.

“If Ohio executes Warren Henness under its present protocol, it will almost certainly subject him to severe pain and needless suffering,” Merz wrote in his ruling, citing medical experts in saying midazolam could trigger “panic and terror” and comparing use of the drug to waterboarding, a torture method that simulates drowning.

It’s not the first time Merz has condemned the use of the drug. In 2017, he ruled executions using midazolam were unconstitutional, though he was later overruled by the Sixth U.S. Circuit Court of Appeals.

Despite his misgivings, however, this time around, Merz ruled that Henness’ Feb. 13 execution could move forward because Henness had not presented viable alternatives as stipulated under Ohio law. The convicted man’s attorneys suggested oral injection of a drug cocktail or letting Henness drink a heavy dose of the barbiturate secobarbital in juice, both of which Merz rejected because they had not been tried before and would take too long to kill Henness.

“This is not a decision with which the court is comfortable,” Merz wrote, noting he was limited by the law in his ability to delay the execution.

Henness’ attorney, assistant federal public defender David Stebbins, used the ruling by Merz to appeal to Gov. DeWine for a stay of execution.

“Inflicting severe pain, needless suffering, and terror on Warren Henness during his execution is not something with which the State of Ohio should be comfortable either,” Stebbins wrote in a Jan. 24 letter to DeWine. “Even if the federal courts cannot prohibit an execution that is almost certain to cause severe pain and needless suffering and is almost certain to create a terror comparable to waterboarding, evolving standards of decency should prevent the State of Ohio from knowingly subjecting Warren Henness to such an excruciating execution.”

The next day, DeWine issued his stay for Henness, pushing his execution back to Sept. 12.

It is unclear what will come next as Ohio searches for suitable execution drugs. Some conservative state lawmakers have suggested returning to older execution methods such as firing squads to put people to death, but there has not been serious legislative effort toward that end yet. In the interim, the governor has directed the state to examine its execution protocol and research other drugs that could be used in place of midazolam.
Scroll to read more Cleveland News articles
Join the Cleveland Scene Press Club