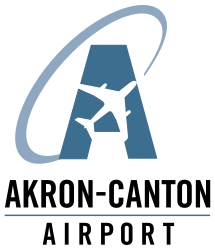 The Akron-Canton Airport has released the details of a $240 million master plan, its first new plan since 1998.

The airport says the 20-year plan is designed to give it some wiggle room as it sorts out the best way to handle future passenger traffic. Its three main priorities are becoming traveler friendly, keeping operating costs low and efficiency. (Anyone who's flown out of Akron-Canton knows it's among the easiest places to catch a flight, especially when compared to its neighbor in Hopkins.)

The airport saw 1.84 million passengers in 2012, which broke a record, but they haven't seen the same numbers since. Last December's passenger traffic was down 12.6 percent from traffic in 2014, mostly due to cuts in service from Southwest Airlines, which has cut routes to New York City, Boston, Washington, Denver and Las Vegas. All routes to Florida have also been eliminated with only non-stops to Atlanta remaining.

So, basically a lot of routes to popular—and warmer—places.

Some efforts to improve traffic are already in the works: the airport is redesigning its entrance road, and it also plans to expand the terminal ticketing wing. The airport is also expecting traffic from the low-budget carrier Allegiant Air, and staples like United and American have taken on some of Southwest's dropped routes.

Construction for a $30 million gate replacement will begin in 2017 and be completed in 2018 or 2019. Parking expansion, including covered parking, is also coming soon.