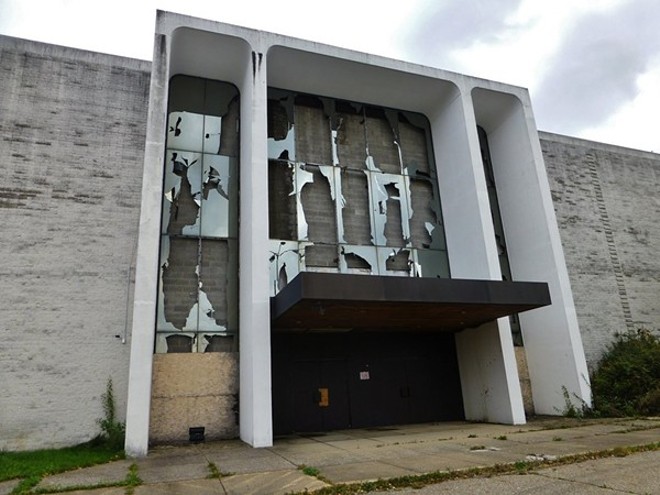 Photo courtesy Nicholas Eckhart
Rolling Acres Mall seen here in 2014.
The former Rolling Acres Mall property, owned by the city of Akron since 2016, is potentially getting a new lease on life. Last night, the Akron City Council handily approved a measure that would allow an undisclosed developer to purchase the land for $600,000, which is essentially $1 per square foot of the former facility.

Since 2016, the city has spent around $450,000 tearing down the property and readying it for sale. Now, barring the passing of legislation that's set to first come before the council next week, a new developer (simply known as Akron Romig Road LLC, out of Delaware) has plans to build a $100 million commercial facility for one or more tenants, which the LLC says will translate to 500 new jobs.

"Outside Goodyear, this is the biggest thing that we have seen," councilman Mike Freeman told Cleveland.com. "This grabs the whole city when you're talking $30 million in payroll."

The new jobs would bring other potential improvements to Romig Road and nearby areas, including — thanks to a tax increment financing agreement made with the measure — new road construction and then also new public transportation routes.

Before the former Rolling Acres Mall, which officially closed in 2008, was torn down, photographer Nicholas Eckhart snagged photos of the sad, abandoned property. Go ahead and reminisce right here.