“Alberto Giacometti: Toward the Ultimate Figure” Exhibition Opens at the Cleveland Museum of Art in March 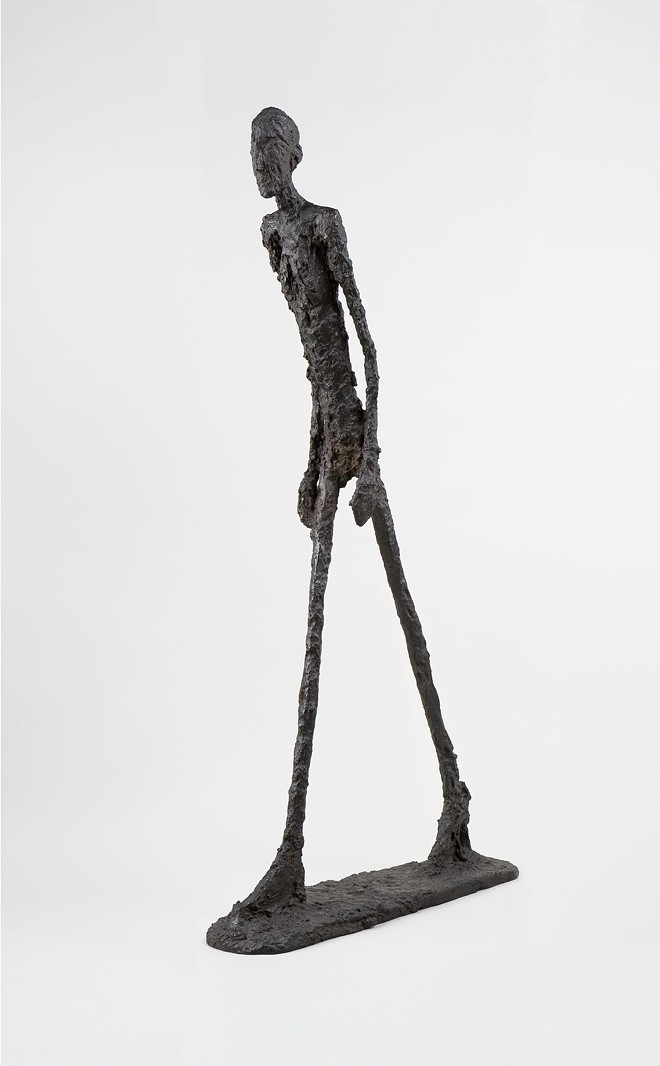 The “Alberto Giacometti: Toward the Ultimate Figure” touring exhibition is coming to Cleveland.

It will be on view at the Kelvin and Eleanor Smith Foundation Exhibition Hall at the Cleveland Museum of Art from March 12 to June 12. Leadership Circle and CMA members are able to register for a free advanced viewing of the show and the general public will be able to purchase tickets to this special exhibition beginning February 14.

It has been nearly 50 years since there has been a dedicated exhibition of the Swiss artist’s work. Giacometti was one of the most influential sculptors of the 20th century. He had a perplexing fascination with existentialism and phenomenology. These concepts and philosophies seem to be injected into his renderings. The reduction of proportions in his paintings with their limited palette and frantic line work became signature of his two dimensional works and express the artist’s inner turmoil.

His amorphously perverse, three-dimensional figures with their long, slender appendages, disproportionate bodies and clumpy textures were highly stylized and considered to be some of the most significant of his later works. Throughout his career he drew from cubist and surrealist distortions of reality. We know much about his ideas about art, his philosophies on the human condition and his vision as an artist because they were collected in his writings throughout the years.

“The object of art is not to reproduce reality, but to create a reality of the same intensity,” he once said.

The exhibition is co-organized by the Fondation Giacometti in Paris and features masterpieces focusing on Alberto Giacometti’s (1901–1966) major achievements of the postwar years (1945–66). Combining all media—sculpture, painting and drawing—the show of 60 works draws upon the deep resources of the artist’s personal collection and examines a central aspect of his oeuvre: his singular concern for the human figure according to the CMA press release.

“Widely acclaimed as one of the most important artists of the 20th century, Giacometti owes his fame to his invention of a unique style of rendering human figures,” according to CMA. “During the last years of his life, the thin and elongated bodies animated by tormented surfaces became emblematic of his final, mature style. The exploration of an elemental body, its placement in space and its relationship with the plinth are among the issues Giacometti confronted in trying to solve essential questions for modern sculpture in his continuous creative struggle. The process led him to create iconic human forms informed by a broad range of philosophical issues, as the exhibition reveals through the display of such masterworks as The Nose (1947–49) and Walking Man I (1960).”

This is a timed engagement so registration is required and the CMA requires everyone—all visitors, staff and volunteers—to wear a face covering inside the building.

The CMA recommends reserving tickets through its online platform by visiting the Alberto Giacometti exhibition webpage. Tickets can also be reserved by phone at 216-421-7350 or on-site at one of the ticket desks.