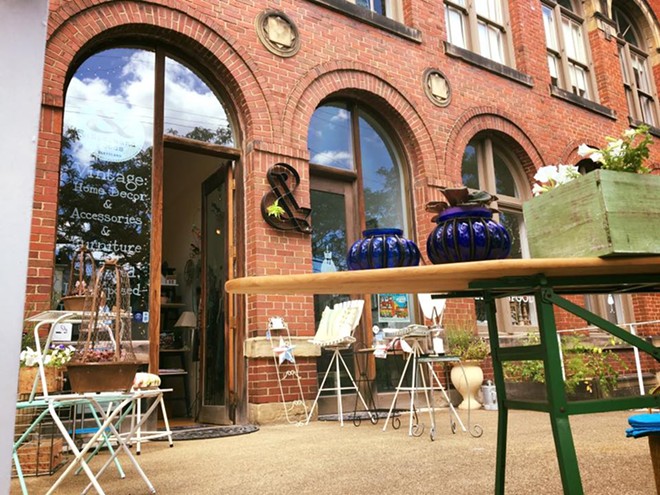 Courtesy of Ampersand
Turns out you don’t have to be a restaurant or café to be a thriving local business in Little Italy.

A little more than a year ago, Cleveland residents Bryan Simmons and Craig McDonald opened up the vintage home goods boutique Ampersand Goods, located at 2026 Murray Hill Road. Just this week, the store expanded its footprint by moving into an adjacent space within the old Murray Hill Schoolhouse. The roughly 700-square-foot room was previously occupied by interior designer Mark Peroni, who moved the office to Lakewood. 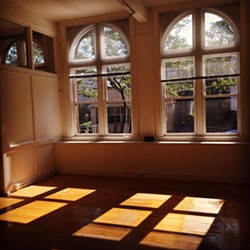 Courtesy of Ampersand
As new business owners, Simmons and McDonald were initially thrilled to find a small space to set up shop. But they quickly realized the space was too small.

“It didn’t allow us to have larger pieces of furniture like sofas and chairs,” Simmons tells Scene. “We had stuff on top of stuff.”

With the connecting wall torn down, the boutique now includes Ikea-esque vignettes built around these larger pieces.

“People can visualize how this furniture will look in their homes,” Simmons says. “It gives us an opportunity to spread things out and become more open and airy.”

Despite a challenging location off the main drag on Mayfield Road, the shop has developed a following in the past year through word of mouth and social media marketing. They’ve also partnered with Little Italy and University Circle to make their brand more visible.

Ampersand has also become a destination during the annual Little Italy Art Walk by featuring local artists such as Lauren Lenio and Renee Farrell.

“The schoolhouse itself has been repurposed into a variety of businesses,” he says. With the new expansion, Ampersand now resides in what used to be the principal’s office and one of the classrooms.

Still, Simmons says most people don’t realize how many shops are in the area.

“We struggle to get people to realize there’s this whole other side of Little Italy that they’re not aware of,” Simmons says. “If people just take a stroll off that beaten path they’ll find there are several retail spaces and galleries here.”

Small businesses like Ampersand are fueling a retail renaissance of sorts in Little Italy, according to Simmons.

“A small printing shop just opened across the street, and there are several large condo and apartment complexes in the works,” Simmons says.