An Activist Reached Out to the Officer She Misidentified; His Response is the Best Ever 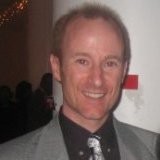 LinkedIn
GCRTA Lt. Sean O'Neil
On Sunday, as Scene reported, the GCRTA officer who pepper sprayed a gathered crowd of Movement for Black Lives conference attendees was misidentified as Lt. Sean O’Neil. The actual officer was later identified in an RTA press release as Robert Schwab, a 25-year veteran of the force.

Schwab has been placed on administrative duties during the RTA’s internal investigation of the incident. GCRTA CEO Joe Calabrese, at Tuesday morning’s board meeting, estimated that the investigation would take only 7-10 days.

A local activist, Rachelle Smith, believes that she may have been the first party to misidentify the officer. Because of that bad information, O’Neil became the victim of social media hostilities. He even mentioned in a LinkedIn note the following day that he’d been declared a target by the hacktavist collective Anonymous.

But Smith reached out to O’Neil to apologize for her mistake. Their exchange, which was provided to Scene Wednesday evening, is an encouraging example of how those with differing views can still treat each other with civility and respect.

My name is Rachelle Smith (obviously), & I’m an activist in Cleveland whose focus, as of late, has been predominantly on local police reform.

The change I seek hinges largely on accountability & transparency, & it’s rooted in the desire for a just and equal system. It would be hypocritical of me to not practice the same principles I demand of others.

I owe you an apology. Based on a grainy photograph, I saw similarities between your physical characteristics and those of an officer accused of pepper-spraying attendees of a conference outside of CSU yesterday. Many of those in attendance were friends & colleagues, & I developed tunnel vision seeking to identify the individual, I feel, put innocent bystanders at risk by indiscriminately deploying pepper spray.

I believe that the misidentification of you as that officer likely originated with a tweet that I put out on Twitter that said “this looks like the one” and linked to your LinkedIn profile.

In the name of ‘justice’ I made a bad ID, based on a grainy photo & secondhand information, & I was so determined to name the perpetrator that I ignored some pretty obvious evidence that you weren’t the guy (sergeant chevrons on his sleeve).

Activism becomes meaningless when we utilize the tools that stand in the way of justice. I fell into that trap yesterday, and you’ve had to deal with the consequences of that. It would be disingenuous of me to continue calling for accountability, transparency, and transformative justice in our criminal justice system if I did not extend my sincere apology to you.

I am very sorry for jumping the gun, and incorrectly naming you as the officer who used pepper spray against the crowd at CSU yesterday.

Pleased to make your acquaintance. I appreciate your honesty and coming forward regarding this incident. I can understand and emphasize with your determination for a cause you believe in. We are human after all, and like all humans we sometimes make mistakes.

It takes a lot of courage and humility to reach out to me as you have. I only wish more people out there displayed such character. Believe it or not, though many have retracted or corrected their statements about me, you are the first and only person to actually apologize. For that you have my thanks.

Though this whole episode has been like something out of the Twilight Zone and somewhat unsettling after Anonymous declared me a target, it will hopefully pass and life will go on. As I so often like to say, things could be worse.

I believe we share a common desire for change within the police community and better relations with the people we serve. I have always attempted to use my position as a leader and trainer to affect such change. On the other hand, I believe there are plenty of times where the public, media and activists are misinformed and wrongly accuse us of doing something wrong, racist, evil, etc. This recent incident involving my fellow officers is just one such example. Not to sound cliche, but if I had a dollar for every time I was called a racist I could... well, you get my point.

You and I may disagree as to whether the officers responded appropriately on Sunday, but I still believe you and I can turn the negative manner in which our paths crossed into something positive. I see this as an opportunity for both of us and hopefully together we can work towards a common goal I think we, and many others, share.

'Twas a pleasure to cross paths with you and I thank you once again for reaching out to me.