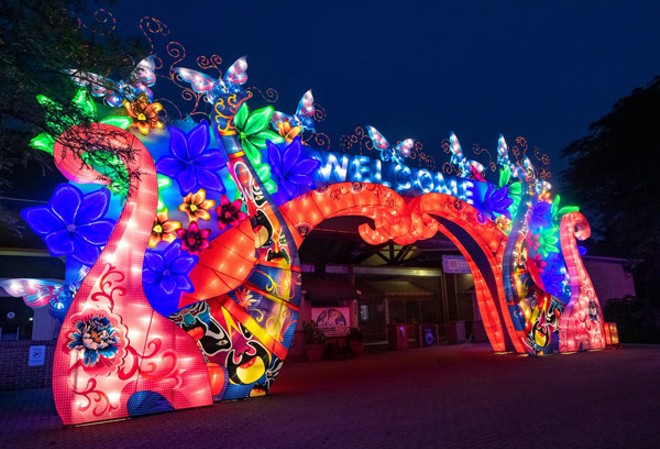 “The community’s response to this year’s Asian Lantern Festival has been tremendous with approximately 145,000 guests so far,” Kelly Manderfield, Cleveland Metroparks Chief Marketing Officer, said in a statement. “With several sold-out dates over the last two weekends, we wanted to add one final weekend to give everyone a chance to attend this year’s event.

***
(Original Story: 7/23/2019) Apparently people are enjoying a little light in their life this summer, as the ongoing Asian Lantern Festival at the Metroparks Zoo has been extended for two more weeks.

Taking over parks and zoos across the country, the traveling Asian Lantern Festival shows off thousands of colorful handmade paper lanterns. And this year's Cleveland edition, which started June 20, brings more than 40 brand new light up displays crafted by Chicago’s Tianyu Arts and Culture firm.

The zoo reported that more than 75,000 visitors have checked out the lantern displays thus far, so the attraction is now closing up shop on Sunday, Aug. 11, instead of the end of July.

The event is continuing to include authentic bites from local spots Li Wah, King Wah, Thai Thai, an interactive zone, open air market and live performances every hour. Running after zoo hours, the lantern exhibit is only open Thursday through Sunday from 6:30 p.m. to 10 p.m.

Same-day tickets are $20.50 each, or you can score four tickets for $60. Kids 2 and younger are free. Check out the zoo's website for all ticket information, and for deals on advanced ticketing.