Bazaar Cleveland Settles into Market Square Park for the Summer 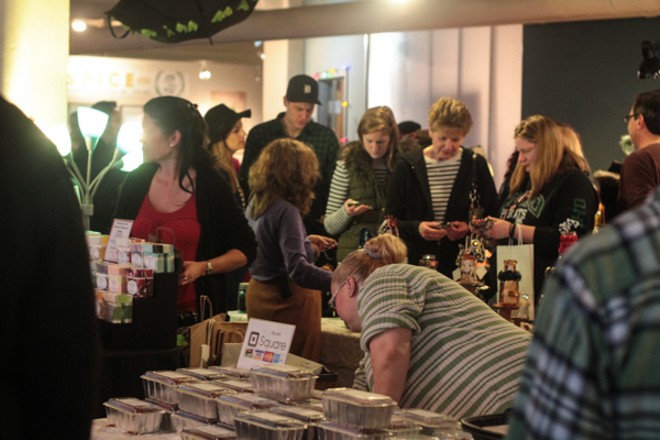 Emanuel Wallace
Bazaar Cleveland, the city's "longest-running indie craft show," is back for the summer, starting this Saturday.

Market Square Park in Ohio City will host the show, formerly known as Bazaar Bizarre Cleveland, on the first and third Saturdays of every month from 10 a.m. to 4 p.m.

Founder Shannon Okey told Cleveland.com that they are "excited to start off the 2017 season with such a great mix of talented handmade vendors," and that the 14-year-old Bazaar will also be present at Playhouse Square every second and fourth Saturday, after June 9.

The market will feature everything from clever Cleveland T-shirts, hats and stickers to custom knitwear and ceramic coffee mugs. Vendors include Tidal Cool, offering henna and a variety of clothing options, Chris Deighan with Cleveland-themed art and Fleur de Life Jewelry.

The Vegan Doughnut Company will provide 100 percent vegan treats with zero trans fat or preservatives (is that even a doughnut still?) this Saturday, with flavors like lemon lavender, rosewater pistachio and hibiscus.

The show also shares a street with West Side Market.